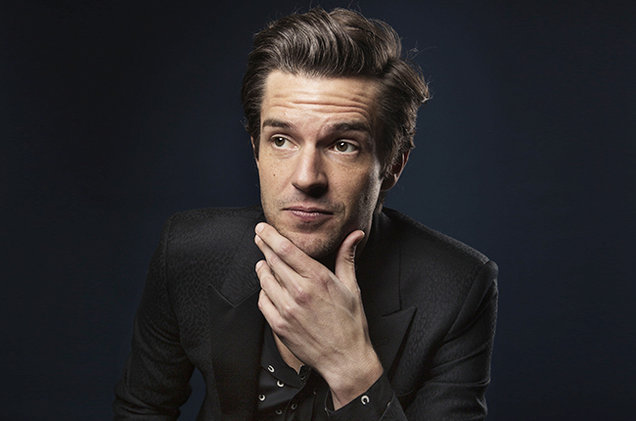 I recently went to see “A Concert for George” (Harrison) at the theater with my Mother. They screened it for one-night-only on his birthday, and it was a moving experience. I’ve been on a bit of a George Harrison kick ever since and was thrilled to discover a double live Album of Harrison Covers titled George Fest: A Night to Celebrate the Music of George Harrison. Brandon Flowers, solo Artist and Frontman for The Killers, did a “killer” Cover of “Got My Mind Set On You” for the project.

This week’s Under the Covers Sunday explores just that Song, and Cover from Mr. Flowers. Did you know that George’s Version was also a Cover? I didn’t, until today. We’ll take a listen to the “original” Version today, as well. But before we do, let’s have a listen to Brandon Flowers’ Version.

“Got My Mind Set On You” by Brandon Flowers

Harrison stated that he bought a copy of the Single in the summer of 1963 while visiting his sister Louise in Illinois. Many years later when he was writing the Cloud Nine Album he remembered the song and decided to cover it.

“I’ve Got My Mind Set On You” by James Ray

George’s Version was released in 1987 on the Album Cloud Nine, recorded on his own Label, Dark Horse Records. It was released as a Single. I vividly remember the first time I heard the Song on the radio. As a daughter of a huge Beatles fan I knew at once I wanted to get my Mom the Cloud Nine Album. And, as a girl who favored George in The Beatles, I knew I wanted it, too. This was a year before I’d have my first Record Store job, but I was already an Obsessive Music Fan (I always say I’ve been on since I was in utero). I took a bus to the Mall (this was also pre-car) and went into Wherehouse Records. I asked the girl behind the counter for the new George Harrison Album. Her response? “Who’s George Harrison?” It still irks me. I remember wanting to ask incredulously “DON’T YOU WORK IN A RECORD STORE?” But, I didn’t. I just went and found it myself, bringing it back up to her to ring up.

ELO bandleader Jeff Lynne produced this song with Harrison. His influence can be heard in the backing vocals of the chorus. (from Songfacts)

“Got My Mind Set On You” by George Harrison

Did you know this is a “Cover” Video Version of the original Video for the Song? There are so many Covers in this week’s Under this Under the Covers feature.

The original Version (see below) was directed by Gary Weis, starred Alexis Denisof, of “Buffy the Vampire Slayer” and “Angel” fame. Look how young he is!

Alexis’ character is vying for the heart of a girl in an arcade. It featured Harrison and the band inside of a movie viewer, while the young man tries to win a toy ballerina for the girl. (from Wikipedia) The “Cover” Video (seen above) was the Version to receive regular TV airplay, with heavy rotation on MTV. It was even nominated for 3 MTV VMA’s (Video Music Awards).

Brandon Flowers performed the Song Live at The Fonda Theater for George Fest 2014 on Sunday, September 28th, 2014. He was backed on guitar by George Harrison’s song, Dhani.

What do you think of Brandon Flowers’ Cover Version? How does it compare to George Harrison’s Version you? Do you have a favorite of the two? What about the Sixties original by James Ray? Which of the three do you prefer?