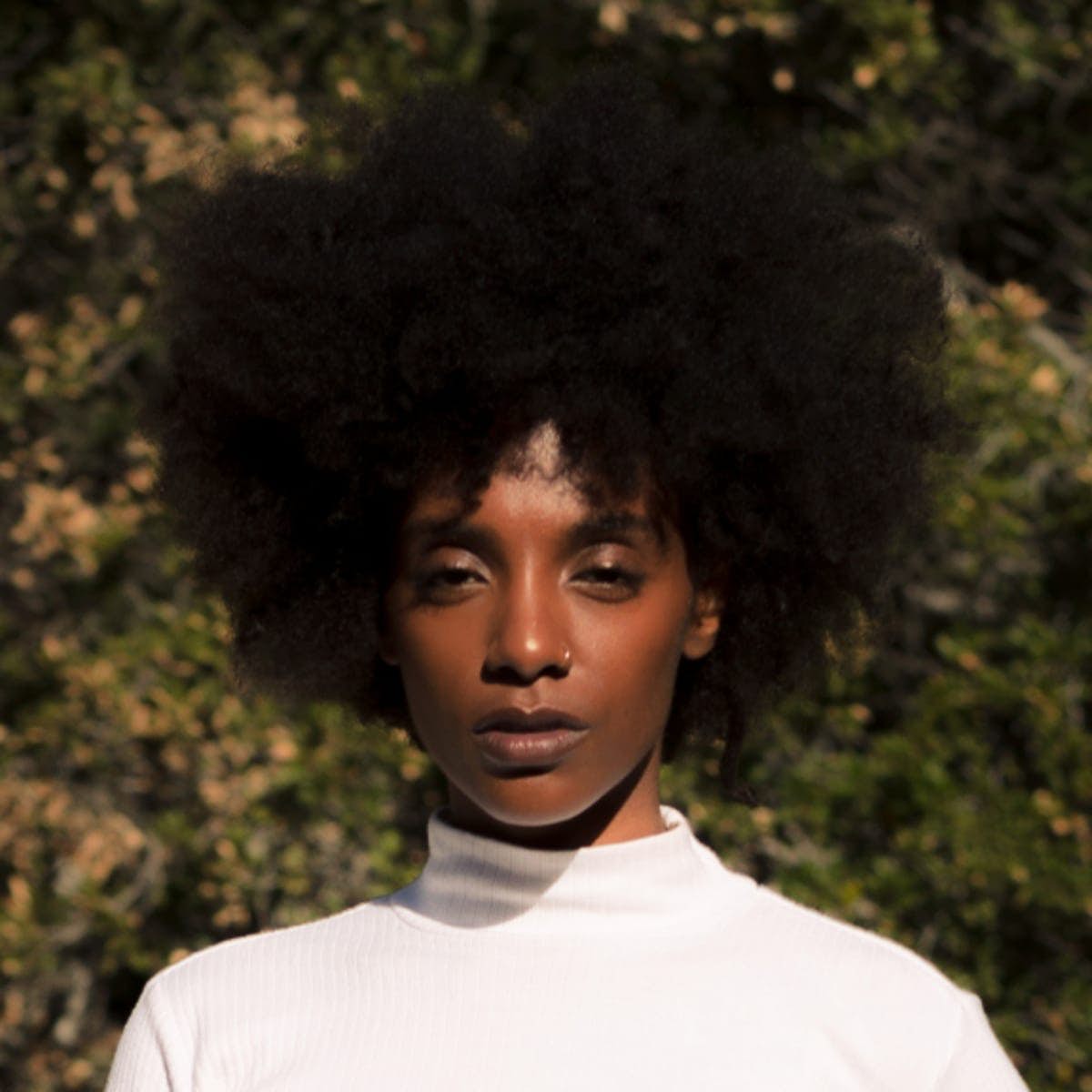 Cup of coffee and a Lush coffee face mask on. Woke feeling a bit snarly, so thought some self care might be the thing to turn it around. Hydrating, too. I never seem to drink enough water. I look at the houseplants I’ve been adopting, they surround me. I’m better at watering them.

I’ve been revisiting the start of this space. Lyriquediscorde back in 2011. It’s interesting looking back. Songs I’ve forgotten. Songs I still listen to now. In some ways, it’s like paging through an old diary.

I’m contemplating some new features, but for now let’s turn on today’s five.

Care to share something you are listening to today?

“She’s a late bloomer,
she knows just what she could be
but she’s taking her time.
First she started a seed,
then she precede,
to cut the weeds.
But she’s facing the sky.”

I cannot get enough of this song today. I just have to keep listening to it. At first, it reminds me of something that would be in a film, playing at the beginning, the protagonist of the story driving by the ocean, the sun starting to come up. Or maybe it’s the ending shot. She’s driving away. The sun is still rising, as is the new chapter about to unfold in the “after the credits roll” unknown.

Something about this song reminds me of music I listened to in the late 80’s/early 90’s. Dreamy, poppy, folky, ethereal. The song feels both timeless and fresh, all at once.

Mereba (Marian Mereba) is singer, songwriter, rapper and producer originally from Montgomery, Alabama, but raised and came-to-age in Pennsylvania and North Carolina. She says that she fell in love with music at age 4 (I can relate). She started singing young, following quickly with learning to play piano, and guitar. Both of Mereba’s parents were university professors, which moved them around a lot, The moving and changing is part of what Mereba says inspired her musically. She was raised around different people with different ethnicities and backgrounds. Mereba says that she began to write music in elementary school as “a way to process her feelings of often feeling like an outsider.” (source: Wikipedia)

Mereba attended college in Atlanta, Georgia. After college, she spent time in her father’s native Ethiopia. Her music has been described as a mix of R&B, folk, and hip hop. I’m really curious to hear more of her music.

“Drying up in conversation,
you will be the one who cannot talk.
All your insides fall to pieces,
you just sit there wishing you could still make love.”

It was about time for a cover song, don’t you think? So, I stumbled on this take on Radiohead’s “High and Dry”, one of my all-time favorite Radiohead songs, and I dug a little deeper and discovered that Rosie Carney did an entire cover version take of Radiohead’s album, The Bends.

Taking on all of Radiohead’s The Bends was something that Rosie decided to do mid-quarantine. She was in COVID-19 lockdown in Ireland, at her parents’ house, with little to do.

“When lockdown kicked off, my relationship with music became quite toxic,” Carney tells Atwood Magazine. “I definitely went into a panic mode and scared myself out of writing which was so bad for me, especially because making music can be so cathartic for me, but covering The Bends took me back to my roots and helped to kind of hit a restart button, which I really needed.” (source: Atwood Magazine)

I haven’t yet listened to the rest of her version of The Bends, but you know me and my love of covers will get on that sooner rather than later. As for “High and Dry”, I like the dreaminess of it. It lends itself to a bit of hope amidst the bleak melancholy of the song, and lyrics. In some ways, though, it feels even more heartbreaking to me. At times, though, the song comes across a bit too smooth. Maybe it’s the anger/jadedness/age that is missing at times. It’s hard to capture that when you are younger, I think. Still, I do like this version.

I’m curious how she approaches the other songs on The Bends. I’m also curious to hear some of her own music, too.

Rosie was born in Hampshire, England, but moved to Ireland when she was 10 years old, which is where she grew up. She was an early bloomer in the music business, signing a record contract at age 16. (source: Wikipedia)

To hear more of Rosie Carney, and to help support her music, please go here.

“Look at my face.
Look what your charm has done,
to me.
Ain’t no sugar water running through my vein.”

Another recommendation/introduction from my younger daughter. I am digging the dub-vibe of this, and Hollie’s voice – loving it.

Hollie Cook is a singer and keyboardist from the UK. She was part of the final line-up of the all-female punk/reggae band The Slits. She’s also worked a lot with producer and songwriter, Prince Fatty. She describes her style of music as “tropical pop”, with elements of reggae and rocksteady, as well as 60’s girl groups and reggae singers like Janet Key and Phyllis Dillon. (source: Wikipedia)

At first, when I saw the song title, I thought this might be a cover version of Cibo Matto’s “Sugar Water”. Though this is not that, I’m really into the feel of this song, the summerish vibe, and Hollie’s vocals.

Hollie has a lot of music in her DNA. Her dad is Paul Cook, who was the drummer for the Sex Pistols. Her mom, Jeni, was a back-up singer for Culture Club and Boy George. Lots of punk, pop, and reggae influences from the start. (source: Wikipedia)

I’ve read in a few places Hollie’s music described as cosmic/tropical pop. I like the “cosmic” addition. I feel it.

“Days will make you,
feel like,
the only one,
on the outside.
Every day goes slow,
but you make sure,
now you see red lights,
everywhere you go.”

When I happened on the song “Red Lights” by SAULT I had no idea I had happened on a bit of a music mystery. Seems no one really knows exactly who works on SAULT, who is behind the music, who is part of the music. Most places I’ve read them described as a “mystery collective.” Yep. I’m very curious and intrigued.

SAULT is described as a pseudonymous British music collective that makes a mixture of R&B, house, and disco music. They choose to eschew interaction with the media, and frequently foreground black-centric issues. (source: Wikipedia)

The album 7, which “Red Lights” is on, was the mystery group’s second album. They released it just two months after their debut album. All together, they’ve released 4 albums in 18 months. I guess when you aren’t worrying about your social media posts and followers, marketing, and style you can make a lot of music. I’m so curious about this. I want to hear all that they’ve put out.

Music never ceases to amaze, delight, and intrigue me.

“Saint Joni ain’t no phony.
Smoking reds where Furry sang the blues.
My Marilyn shot her heroin.
‘Hell’, she’s said, ‘It’s better than abuse.’
So who am I trying to be?
A benzo beauty queen?”

Oh my stars, I’m so in love with the new St. Vincent album. The stories in the songs, the songs themselves, are just amazing and so what I was needing right now (even if I didn’t know I needed them). I want to hear more of the stories. Or maybe write more about the stories they bring alive in me.

St. Vincent (Annie Clark) co-produced “The Melting Of the Sun” with Jack Antonoff, and says the song pays homage to several artists who have inspired her, including Joni Mitchell and Marilyn Monroe. (source: Rolling Stone)

On the new single, which St. Vincent (real name Annie Clark) co-produced with Jack Antonoff, she pays homage to several artists who have inspired her, including Joni Mitchell and Marilyn Monroe.

St. Vincent goes on to talk about the women behind the lyrics inspirations in “The Melting Of the Sun”:

“People tried to quiet them when they were saying something that was righteous or true or hard to hear,” St. Vincent/Annie Clark said. “[That song] in particular is a love letter to strong, brilliant female artists. Each of them survived in an environment that was in a lot of ways hostile to them.” (source: Rolling Stone)

“The Melting Of the Sun” features backing vocals from Kenya Hathaway (daughter of Donny Hathaway) and Lynne Fiddmont, as well as Doveman on organ. Producer Jack Antonoff also plays multiple instruments on the track. (source: Pitchfork)

Did you know you can get a copy of Daddy’s Home not just on vinyl, but also on cassette and 8-Track?

To hear more of St. Vincent, and to help support her music and maybe get a new 8-Track (when was the last time you could say that?), go here please.

I hope your Tuesday is full of good music, maybe some discoveries, and some old favorites for your day. Whatever it is, turn the volume up, move your body, hydrate today, and enjoy!