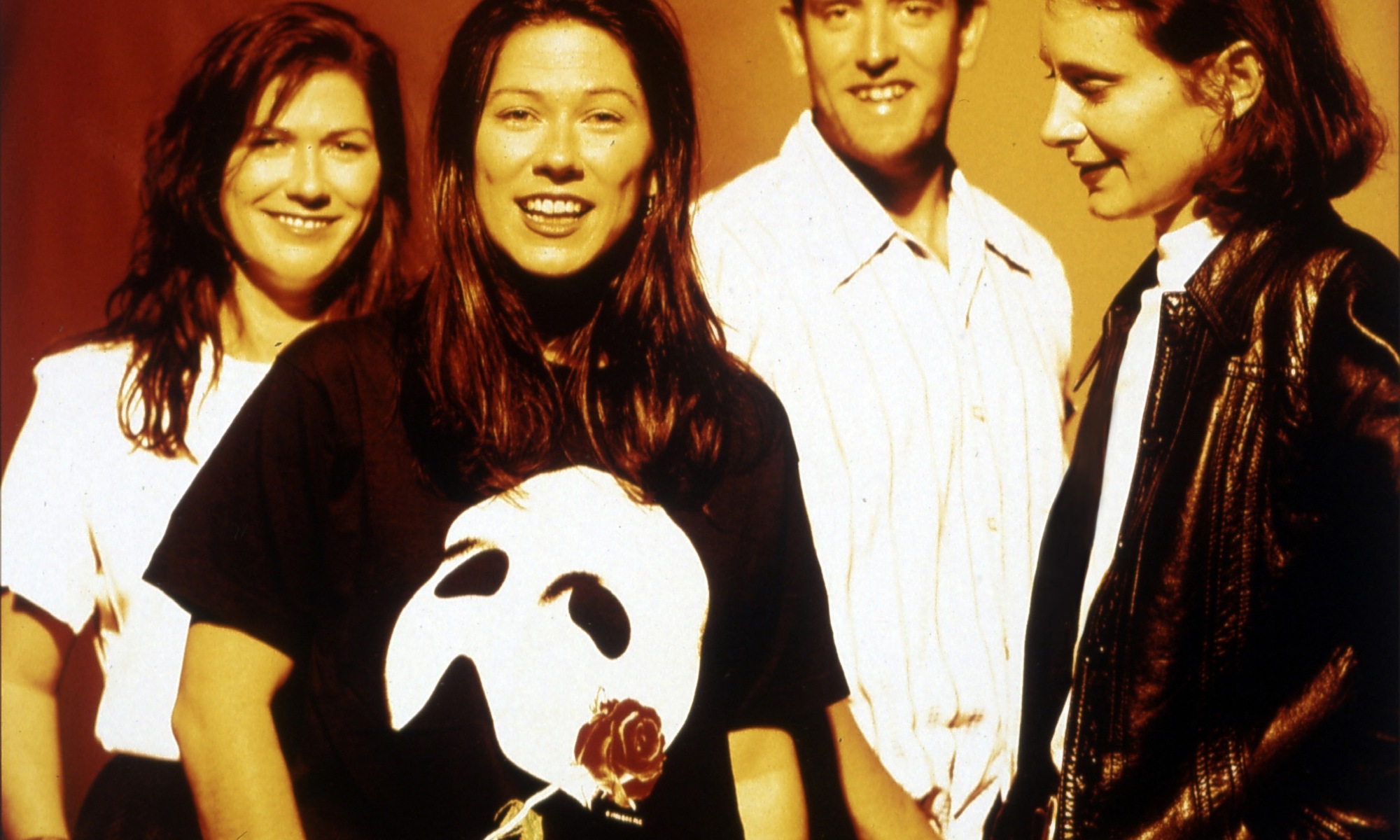 From Belly to The Breeders, staying in the Letter B, and with female fronted 90’s alternative bands. I’m here for it. Both Belly, and The Breeders, were part of my collection in the early 90’s, and were both bands I loved (and still love).

In 1993, I think I listened to Belly more that The Breeders. We had both CD’s in our collection, my boyfriend at the time, and me. I think it was just a preference that year, or maybe because he leaned in more to the Breeders, so I leaned in more with Belly.

A few years later though I became obsessed with both Last Splash (that “Divine Hammer” is on) and their earlier album, Pod. I was a little late to the Breeders-party, but when I arrived I went all in.

“I’m just looking for one divine hammer.
I’d bang it all day.”

“Divine Hammer” is catchy and addictive. I’d play it in the mornings, volume as loud as I could get away with and not piss off the small apartment complex neighbors – though, to be honest, most of them blasted their music just as loud – and often the same songs – benefit of living in a college town. I remember thinking that the “one divine hammer” was your one and only, your soulmate, the one you’d want to keep with you always, and love on all day.

What do you think the “divine hammer” is?

A review I just read gives their thoughts on its meaning:

However, don’t let the power-pop cheer of “Divine Hammer” lead you to believe that the song lacks substance. The song is about the frequently disappointing search for something to believe in, allowing those in the know to steer you to organized religion, where you find nothing but air as you squirm in your Sunday school seat. (source: 50thirdand3rd)

Hmmm…the still image on the video above does harken to an angel. I can see the religious tie in. The thought that if you can’t find a real connection then the “divine hammer” you are looking for could end up being God? I don’t know. I can see it, but I certainly don’t want to bang God all day.

Kim Deal had this to say, to Rolling Stone, on “Divine Hammer”:

Kim Deal explored and questioned her religious upbringing through “Hammer.” “It’s not fair that folk singers preach a happy message and the goodness of living off the land and ‘If I had a hammer, I’d hammer in the morning,'” Deal told Rolling Stone. “That doesn’t exist. That’s what I’m saying in ‘Divine Hammer.’ It’s mainly about looking for something so hard through your life that people said was there. When I grew up and went to Sunday school, they said it was going to be really great … I believe everything everybody told me. And that’s why I’m so pissed off now.” (source: RollingStone)

As a woman who spent years of her childhood and adolescence going to religious schools, I so HEAR YOU, Kim. I felt really pissed off for a long time, too.

I’d love to hear what you all think, and what the song meant/means to you?

In the meantime, here’s a little random trivia for you – did you know that Spike Jonze directed the video for “Divine Hammer”? Along with Kim Gordon and Richard Kern. (source: Wikipedia)

“Divine Hammer” was the second single off of Last Splash. It spent 4-weeks on the Billboard charts, peaking at #28. (source: Billboard)

If you want to hear more of The Breeders, and help support their music, go here please.

Feel free to follow along in playlist form, for all the Song of the Day’s in May, on Spotify and YouTube.