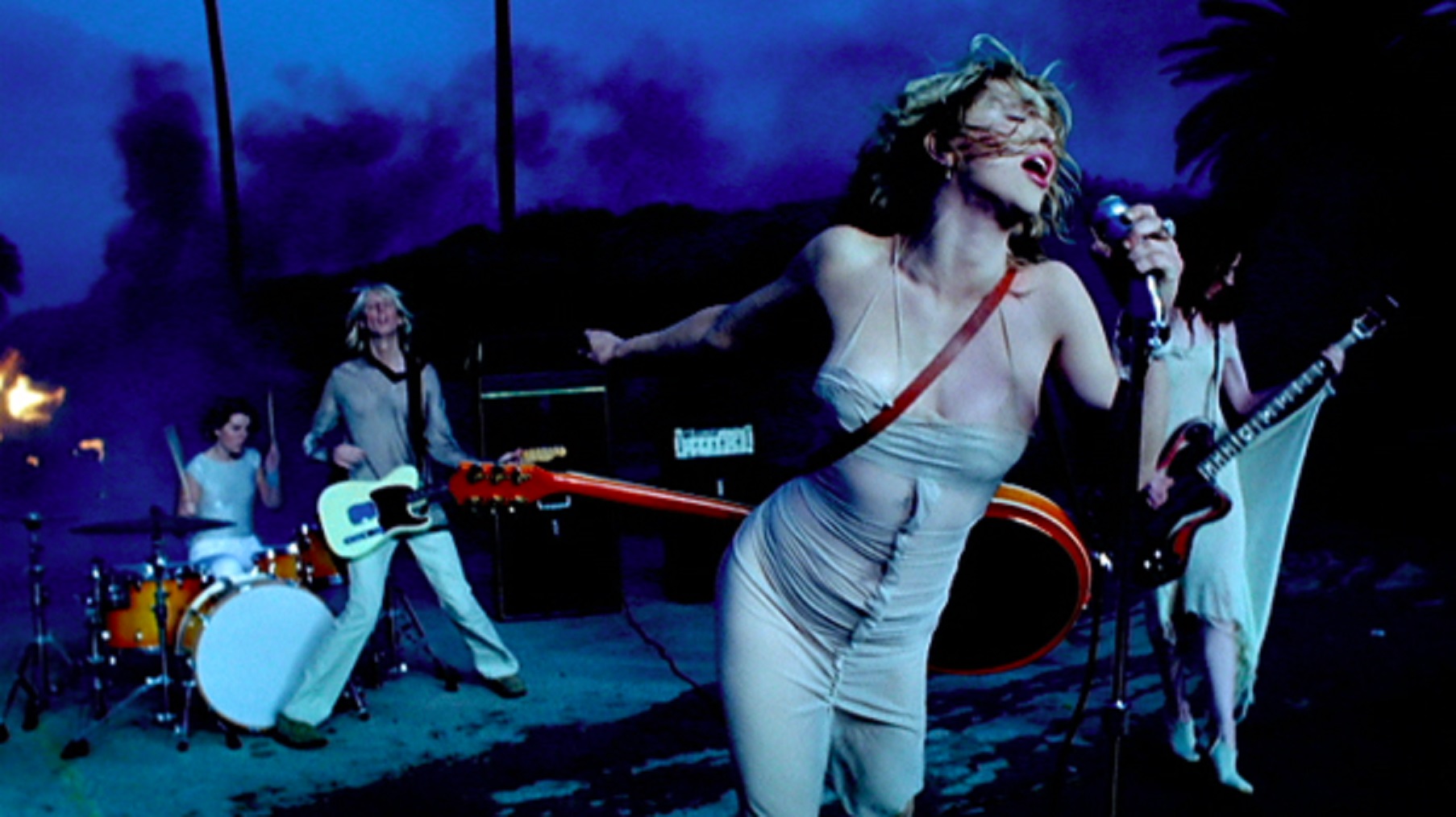 I am a collector of songs about California, most especially odes to Los Angeles. My favorites of the collection are the ones who tell song-stories that have an edge, that are not just glittery and glam, that tell tales of the conflicting feelings and complicated living that goes on in Los Angeles. Those are the tracks I most relate to, because my feelings about California, and Los Angeles, have an edge, are not all glittery and glam, and definitely are filled with confliction and complicated feelings.

Today’s Song Of The Day definitely fits in with my “favorites”. Lyrically, and song-story-telling-ly, hit ticks all the boxes. I feel like I have lived some of that Malibu, that I have experienced some of the life in the lyrical refrains.

Let’s have a listen.

Like just about everyone else, I became aware of Courtney Love through Kurt Cobain, and Nirvana. I was into Nirvana at the time, though I was never as big of a fan as a lot of my friends were. It would be Courtney, and Hole, that I would become a big fan of. I’ve always been more of a Hole-girl than a Nirvana one.

I remember buying Live Through This the day it came out, at the Tower Records I would end up working at. I remember feeling all the songs deeply, relating to so much of the emotion, pain, anger, determination. Courtney was flawed, but she was also raw and real and beautiful, to me. Her and Kurt’s daughter Frances was born the same year my first daughter as born. Something about that made me feel a kinship.

That kinship feeling, and the way I’d relate to both Live Through This, and later, to Celebrity Skin, grew exponentially when I, too, became a widow to suicide. My love for Courtney grew, too. I don’t think I’ll ever change the way I feel about her.

In 1998, when Celebrity Skin came out, “Malibu” was my first listen favorite. This was partially because of that love of California/Los Angeles songs I mentioned above (my Cali/LA collection). But, it was also because of the lyrics – the story told that feels like the phoenix rising from the flames, perhaps bathing clean and/or healing in the ocean. To me, it is also about loss, and about letting go – all things that I can deeply relate to.

The song reminds me of my affinity for the ocean, and of how it has always had healing powers to me. It reminds me of certain memories of a past lover who lived in Malibu, and all the good times, and the heartbreak, that accompanied it. “Malibu” also reminds me of some of my writing. The ocean factors a lot into my poetry, stories, and memoir pieces.

Me and the ocean, we have had a long love affair.

Courtney has said about the song:

“The song’s about living in a trailer in Malibu with my first boyfriend, Jeff. I was 16. And It’s kind of about Kurt, too. It’s an empathy song: Come to me, I’ll save you. I wanted the boy in the song to drive away from Hollywood and the drugs. When I was pregnant, Kurt and I always had this thing about getting out of the basement apartment we lived in with dealers next door and going to live in Malibu. It’s a very healing place.” (source: Songfacts)

Do you have a favorite beach? Mine is actually not Malibu, but San Clemente, which is south of Orange County, California. I’m also quite fond of Seaside, in Oregon.

“Malibu” was the second single released off of 1998’s Celebrity Skin album.

“Malibu” was one of Hole’s most commercially and critically successful songs.[a] The song peaked at number 3 on the US Modern Rock Tracks chart, and garnered a Grammy nomination in 1999. The song was ranked number 264 on “The 500 Greatest Songs Since You Were Born” list by Blender magazine in 2005. Blender also ranked it #3 on their list of “The Greatest Songs about California”. (source: Wikipedia)

Feel free to follow along in playlist form, for all the Song of the Day’s in May, on Spotify and YouTube.