The day is going pretty well, for a Monday, for another quarantine-day. I had an insomniac’s night last night so I listened to a couple of podcasts as lullaby-storytime, read-me-to-sleep attempts. They didn’t send me off to dreamland, but they did help me reset myself a little. I finally fell asleep a few hours before sunrise. When I awoke I wasn’t tired. Strangely. Instead, I felt inspired. I felt like writing. I felt like letting a lot of things go. Things I’ve been holding on to tightly. Too tightly, maybe.

I wrote out a schedule to follow. Schedules and routines help. And I’ve been listening to a lot of music. Music always helps.

Another two are newer to me tracks from artists I’ve been loving lately.

And the last track? It’s the song I woke up with. Polly Jean was singing in my head about Brooklyn and things said that can never be forgotten. My forever favorite song of hers.

Not a bad way to wake up.

“The world is a beautiful place,
even though I don’t like it sometimes.”

Pete has been doing regular acoustic, live-streamed gigs from his house on Instagram stories ever since this quarantine began. They’ve been a wonderful way to escape for a few songs worth of time, swirl around in favorite songs of mine, and connect to one of the biggest things that make me feel better in this world – live music.

I miss going to live shows, but I’m grateful for artists like Pete who are playing from their house to ours during this challenging time.

Pete said this about “The World” (from No Depression)

“…the official studio recording (cut with Jackson Phillips at his house at the beginning of February) is now available with an accompanying video filled with faded images of my family that line a long narrow corridor that I pass through daily. I see the faces of people I love and younger images of them and myself. During this odd moment in time I have the choice to celebrate it or get mired in too heavy a nostalgia. Lately I’ve just been feeling appreciation. “The World” is a simple meditation on the fact that you gotta take the good with the bad. This world is filled with so much beauty and so much pain and things that work out perfectly and horrors that seem to make no sense at all. I had written this song a short time ago and was sitting on it, and then it resonated strongly with me after the Kobe Bryant tragedy. Then the COVID. And so this is the state that we find ourselves in today. 2020. The state of the world. But really these dramas, larger and smaller, have been playing out on Earth for a long, long time. Yes, the world is a beautiful place, even though I don’t like it sometimes. Keep on keepin’ on, or as some of my Texas friends like to say, just keep livin’. This too shall pass. And when it does, that will be yet another adjustment in itself.”

“I used to march down the windy,
windy sidewalks,
slapping my leg with a riding crop,
thinking it made me come off so tough.
I didn’t smile,
because a smile always seemed rehearsed.
I wasn’t afraid of the bullies,
and that just made the bullies worse.”

Oh my stars, Fiona Apple’s new album is amazing. Start-to-finish amazing. So many stories. So many layers. Not a wasted moment, not a single space or pause or lyrical refrain that doesn’t move me. Fetch The Bolt Cutters was so worth the wait.

I fell hard and fast with the album from my first listen, and I’m honestly obsessed with all of the songs. But, today, I can’t seem to get enough of “Shameieka”. I keep singing it to myself as I work. It is on a delicious loop in my brain.

Fiona Apple has stated that “Shameika” is inspired by a candid comment a classmate-of-color made to her when she was in middle school. I love how “middle school” this song feels. The song-story’s point of view, the voice in it, takes me back to my own challenging junior high days.

When Fiona wrote the song, she wasn’t sure if Shameika was real, or if she was confabulated. Before the album was released, Apple talked about Shameika in a New Yorker article that her third-grade teacher, Linda Kunhart, came across. Kunhart emailed Fiona a photo of Shameika, proving that she was, in fact, real.

“She’s so cute – she doesn’t look like a bully at all,” Apple explained to Vulture. “She’s just got this big smile on her face. But on the piece of paper that Miss Kunhart sent me, there’s this short essay Shameika had written on the top. And, man, it is amazing. It’s all about how she got put up to do this thing in church, in the service. And everybody was laughing because she was so cute and she messed up words or something. And she was so pissed. She was like, ‘They used me to bring the people in there, to think it was cute. They used me.’ I was like, This little kid realized what the f-k was going on.” 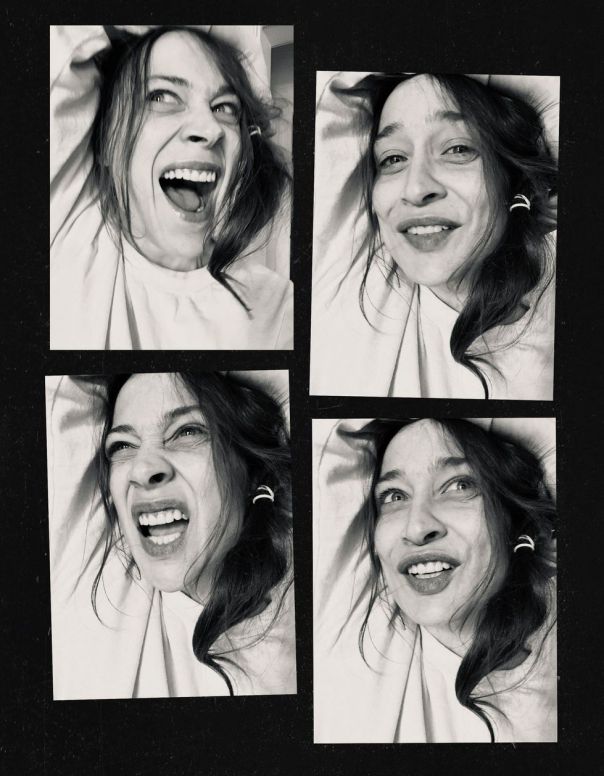 “Nothing fills the valley in my chest,
only something I knew I’d regret,
or so I figure.
And so I find myself,
tugging out the linens on the bed,
leaving no impression where I slept.”

This song feels dreamlike to me. Or, maybe it is a sleepless dreaming feeling. The lyrics above remind me of my insomniac nights. Like last night. Tugging at the sheets, tossing and turning, not really sleeping. Not really feeling like I was ever in bed, at all.

Wye Oak, the electro-indie-dreampop duo, are still on the new discovery side, for me. I’m enjoying digging into their sound and their songs. This one is my favorite – so far. This one, I can’t seem to get enough of.

Wye Oak said this about “Fortune”:

“It’s a song about change and loss and mourning the old while celebrating the new.”

(from The Line Of Best Fit)

I feel like I’m mourning the world as it was just a few months ago, while trying to wrap my arms around how grateful I am to be here, right now, healthy and with my family – all the while trying to hope for a newer “new normal” that will be not just back to what we had before, but something better.

I hope we all bring a new appreciation to everyone and everything once we can return fully to the world. Hopefully without masks. 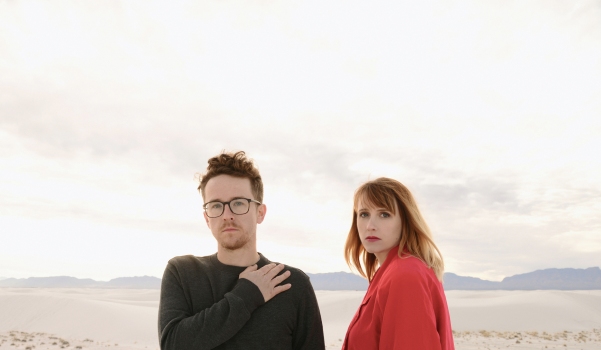 “I am biting my lip,
as confidence is speaking to me.
I loosen my grip from my palm,
put it on your knee.
In my way,
I say.
you’re the reason why I’ll move to the city,
or why I’ll need to leave.”

It was this album – Tramp – that I first heard Sharon Van Etten’s music. I’ve been loving it ever since. And though I’ve listened to the album many times, it wasn’t until today that this track – “Give Out” really hit me. It exudes that desperation mixed with passion and hopefulness that comes with a new lover. The risks we dare to take with love.

I’ve moved to a new city for love. And, I’ve had to leave for love (or for love not working out), too.

I think, today, I really heard this song. Like heard it, heard it. The lyrics, the emotions, all of it together, and it has me very obsessed.

Sharon has stated that “Get Out” was inspired by the raw feelings she had after the breakup of a five-year relationship. The break-up led her to move to New York to start over, and she has said that this song describes her learning to love again.

‘It’s OK to have doubts and fears, but you have to let go a little bit if you want to open yourself up again. That song was about moving to New York to try to love again.” 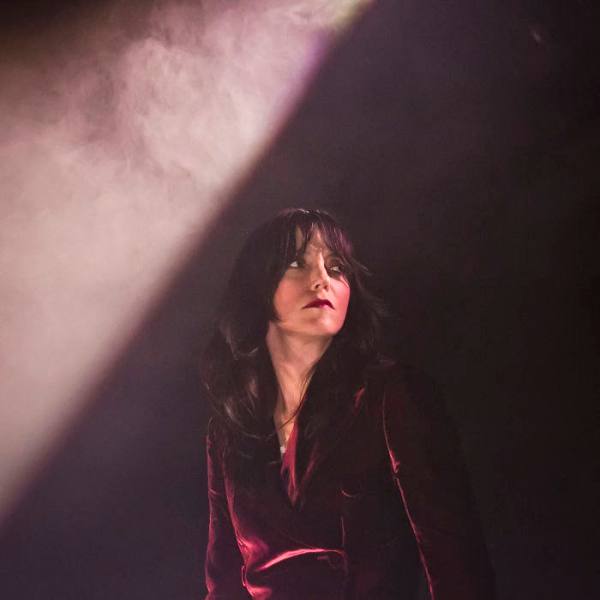 The “New York” and the city and love elements of “Get Out” lead into the next song so well. After listening to Sharon singing “Get Out” I was immediately reminded of “You Said Something” – one of my all-time favorite songs.

They seem like two short stories just waiting to be written.

“We lean against railings.
Describing the colors,
and the smells of our homelands.
Acting like lovers.”

I am never not obsessed with both PJ Harvey’s Stories From The City, Stories From The Sea album, and “You Said Something”, my all-time favorite PJ song, and one of my favorite songs (definitely in my Top 100 of all-time).

When I close my eyes and imagine New York City, a city I’ve not ever been to (yet), this song is one of the first things that come to mind. The song is so vivid to me, the images it evokes, that I feel like I’m in Brooklyn myself, on a roof, late at night/early in the morning, having one of those conversations that stay with you forever. When I get to the city someday I’m going to have to go up to a rooftop, maybe even at 4am, and listen to this song.

And maybe even have one of those unforgettable conversations there, too.