Coffee break, post-lunch, post-reports. Reading Entertainment Weekly (which is now monthly, but still called weekly) and listening to the 5 songs that I am obsessing over today. My morning was spent indulging in 80’s New Wave. My afternoon? Its been New Wave and Singer-Songwriter binges.

I’m feeling pretty good today. My new therapist contacted me to offer me some options for payment/insurance, and all that stuff. I thought I wasn’t going to be able to see him again for a few weeks, but he’s made it possible that I won’t have to wait, which I’m grateful for. I have a lot to work through, more than I realized before starting therapy again.

I’m still mulling over/contemplating/examining something he said in our first session. Something that called into question my so-called gypsy soul/restless nature/lover of change and movement. I haven’t stopped thinking about it since. It ties into so many aspects in my life, from the MANY times I’ve moved, to my relationship issues, to my attention issues, to my issue with finishing things I start.

I think this is going to be good for me.

Just like I think my getting back to writing and music is good for me.

Today’s Top 5 Music Obsessions starts off with my favorite Singer-Songwriter, Pete Yorn. This is one of his Summer songs, tied with “June” on my all-time favorite “Summer songs” list. Next up is a favorite track of mine from The Cure, a song I’ve been thinking a lot about lately. It reminds me of a specific memory, a significant time, and a misguided choice. Joan As Police Woman is the third track, a song (re)introduced to me this week via the Spotify Discover Weekly Playlist. Then it’s back to Tanya Donelly (remember I said there is an unofficial Tanya-theme running this week) with one of my fave Throwing Muses song, and then its back to my New Wave indulgence with the original version of “Pretty In Pink” by The Psychedelic Furs.

My unpopular (probably) opinion? I like both “Pretty In Pink” versions. BOTH.

Do you prefer one over the other?

“Coming up to better yourself.
I was always with you.” 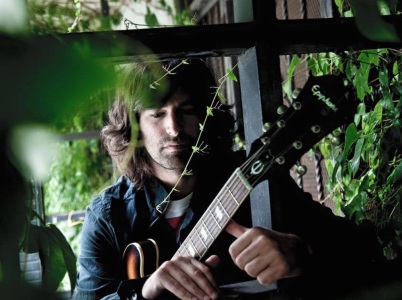 As I anxiously (and excitedly) await Pete Yorn’s new album (pre-order here) and some new solo show dates, I find myself revisiting his past albums, and landing on (and obsessing over) my favorite tracks. “Summer Was a Day” is the opening track off Arrangingtime. It immediately reminds me of driving through downtown LA at night – specifically the night the song was released as a single – on my way home from college.

I miss college. I miss Antioch. I don’t know how I could ever afford to go back, both financially and time-wise, but its something I’d really like to do. Maybe next year, if I can sort it out.

This song is beautifully melancholic and feels comforting and relatable, hopeful and sad – all at the same time. Kind of like my emotions.

I’m so glad Pete’s music has been, and always is, there for me.

“Oh, Elise it doesn’t matter what you do.
I know I’ll never really get inside of you,
to make your eyes catch fire,
the way they should.”

This song breaks my heart a little bit every time I play it. It puts it back together at the same time, too. It reminds me of leaving. Of endings. Of realizing it is over, but holding on a little longer, or not holding on at all.

It reminds me of seeing The Cure live. Last night at Coachella, the only time I ever went. I wish I’d been able to get tickets to their show next month in Pasadena. So close, and at the Rose Bowl. Lots of memories there, seeing bands from this time in my life.

I hope they come back again. 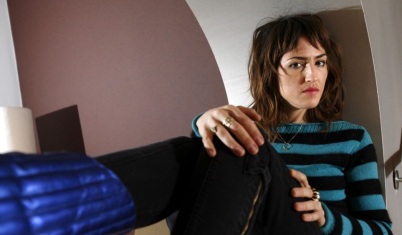 I’ve been into Joan As Police Woman lately, so it was apropos that the Discover Weekly Playlist this week picked one of her songs for me. I’d forgotten this album and song somewhat and was glad to hear it (and the album) again.

This song especially is relevant and relatable to me right now. A reminder that I can’t fix anyone else but myself. That I can’t be the light/fire/lighter that keeps a relationship going. It has to be lit together, or not at all.

4. “Counting Backwards” by Throwing Muses
from the album, The Real Ramona (1991)

This song reminds me of three things today:

Thing 1: The first chapter of the novel/memoir I’m working on has an unofficial name – Counting Backwards.

Thing 3: I remember playing this album (and song) obsessively in my first apartment. The apartment I moved into, in 1991.

5. “Pretty In Pink” by The Psychedelic Furs
from the album, All Of This and Nothing (1980)

“All of her lovers all talk of her notes,
and the flowers that they never sent.
And, wasn’t she easy?
Isn’t she pretty in pink?”

This is a dark song costumed up inside a New Wave/Pop beat. You can dance to it while you listen to this tragic take on a girl in pink.

Caroline. They don’t talk well of you, Caroline. 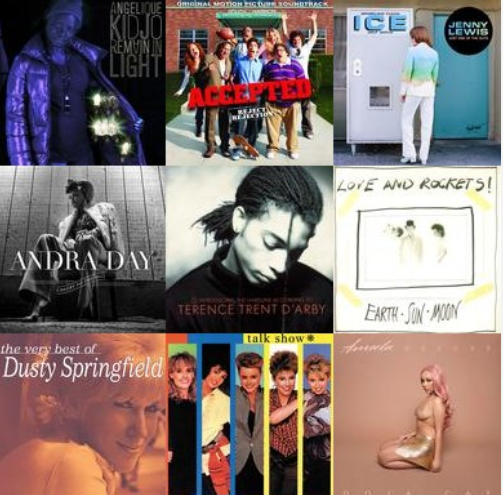 I hope you enjoy/enjoyed July’s collection of Top 5 Music Obsessions.

Bring it on, August. May there be much more music for you.