“Mirror Man” by The Human League

Today has been an 80’s New Wave kinda day. My commute to work was filled with nostalgia-heavy, “first wave”, early KROQ, high school music obsessions and I was all in. At one point I was driver-seat-dancing and singing-a-long with no inhibitions. I looked across to the car next to me and the driver gave me a thumb’s up. Normally I would have cringed in embarrassment and stopped everything, but I just returned the thumb’s up to her and smiled, and kept on with the music. Music is really helping me lately.

Today’s Song of the Day is one from this morning’s dance party commute. A favorite track from The Human League ever since it first came out, in 1982. I remember dancing around my bedroom, and the bedrooms of a few of my music-obsessive friends, and singing-a-long, much like I was this morning.

New Wave is an almost surefire way to cheer me up and make my day. What is your go-to good feeling music?

“Mirror Man” by The Human League
from the album, Dare/Fascination (1981)

“You know I’ll change,
if change is what you require.
Your every wish,
your every dream, hope, desire.”

“Mirror Man” is a 1982 song by the British synthpop group The Human League. It was released as a single in the UK on 8 November 1982 and peaked at number two in the UK Singles Chart. It was written jointly by lead singer Philip Oakey with keyboard players Jo Callis and Ian Burden, and produced by Martin Rushent. (from Wikipedia)

Also, I am seriously coveting (and wonder-wishing) over Joanne and Susan’s hair in the video, and promo pictures. I had that kind of hair back in the late 80’s/early 90’s. Some days I miss it. 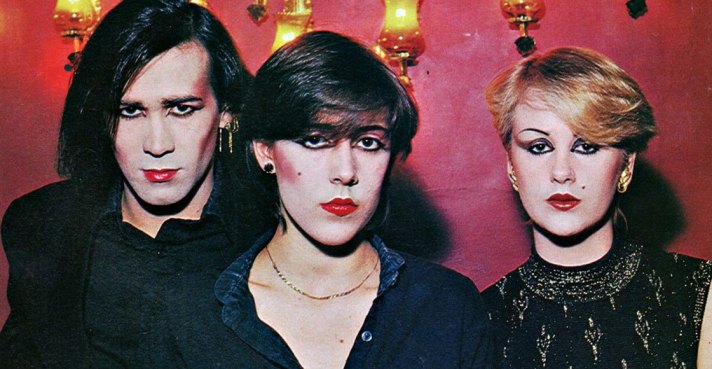 “Mirror Man” (Top of the Pops) by The Human League