“Last Goodbye” is a 1994 song by singer-songwriter Jeff Buckley, from his album Grace. It was the second single released from the album, after the title song. It was Buckley’s most commercially successful song in the US, earning him a belated alternative hit in early 1995, peaking at #19 on the U.S. Billboard Modern Rock Tracks. In Australia, the single peaked at #88 on the ARIA Singles Chart. (from Wikipedia)

“Last Goodbye” by Jeff Buckley
from the album, Grace (1994)
Song of the Day

“Kiss me,
please kiss me.
But kiss me out of desire, babe,
not consolation.” 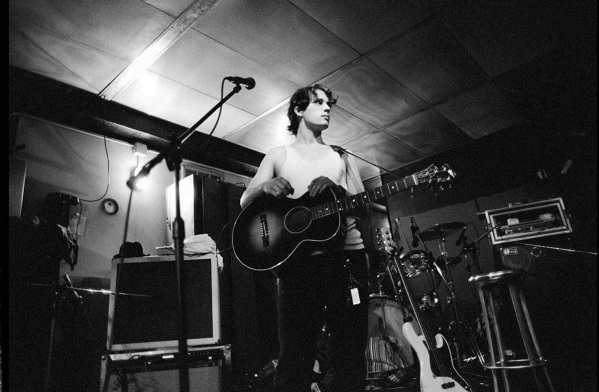 It didn’t hit me right away, the album Grace, nor the song “Last Goodbye”, though I was exposed to both often. Jeff Buckley was one of those favorites that my Tower Records co-workers would play in the store, and talk about – a lot. It took a while to really reach in and grab me though.

“Last Goodbye” would be the song I first associated with Jeff Buckley, and with the album, Grace.

It would also come to signify a relationship I had around the same time, one that was fraught with the ghosts of “what if”, and the regret of not being brave enough to say how I’d felt.

The lyric “must I dream and always see your face” would slay me at the time – over and over again.

Then, one day, I bought the album and took it back home with me. I played it, and played it, and played it some more, often writing in moleskin journals to it, or online, as this was around the time where I started to discover “the internet”. I fell in love with this album, feeling every song deep beneath my skin, trading favorite songs for the other, and wondering how I missed the amazing beauty and wonder and heartbreak of this Grace, and Jeff, for so long.

My love for Grace, and for Jeff Buckley, grew even more after I read what would become my all-time favorite book, God-Shaped Hole.

Jacob Grace, one of my greatest fictional loves, is very obviously inspired by Jeff, not in his story necessarily, or his complete construction, but both the album and Jeff, are in there. I feel him, and Trixie, and their story every time I listen to the album almost as often as I feel myself, and my story, in the songs.

Jeff was quoted as saying this about music:

“I want to be ripped apart by music. I want it to be something that feeds and replenishes, or that totally sucks the life out of you. I want to be dashed against the rocks.” – Jeff Buckley 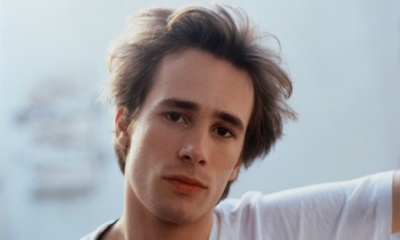 His music has dashed me against the rocks many times, ripped me apart, and left me aching on the shore. At the same time, though, his music has healed me, and held me, and made me feel less alone. His songs, his songwriting, and that voice – they were transforming.

There are so many that I still cling to. “Last Goodbye” is definitely one I’m still clinging to.

The songs, they buoy me when I’m thrashing around in the depths of heartache and loss, they comfort me in my times of need, and gift me hope and a belief in beauty and love, despite the darkness that sometimes surrounds us. His music will always have a place in my heart, and in my so-called life-soundtrack.

“Last Goodbye” is a track I’ve carried with me since the ’90s. It is part of my favorite forever songs collection and has acted as muse to the novel/memoir I’m writing, as well as many, many short pieces and poetry.