Today’s re-launch/birthday Top 5 Music Obsessions feature a set of 5 songs that I’ve been obsessing over all month. The Top 5 starts out with Hatchie’s new track pre-released, and to be included on her upcoming album, Keepsake.

From there the Top 5 slides into another early track from an upcoming release, this time from The National, a favorite band of mine. “You Had Your Soul with You” took a little time to sink in with me, but once it did it moved into heavy “commute to work” rotation.

Phoebe Bridgers comes in next with one of my favorite tracks off of her 2017 album, Stranger in the Alps. Phoebe’s tune flows perfectly into “UFOF” by Big Thief, yet another pre-release from a “coming in 2019” album. I’ve been into Big Thief since I first heard “Shark Smile”, which led me to their 2017 album, Capacity.

And last, but definitely not least, how about we hear one more track/preview from an upcoming album? This time from The Dove and The Wolf, the French duo who I fell in love with back when I saw them open for Butch Walker. Paloma and Louise of The Dove and the Wolf have harmonies that will slay you dead – in the very best of ways. If you haven’t fallen in love with them yet, trust me…you will.

So, are you ready to give these five a listen?

“If I could kiss you one more time,
would it make everything alright,
or would it just make me a liar?”

Hatchie (Harriette Pilbeam) is an Australian singer-songwriter and musician who I discovered last year when I stumbled on her EP, Sugar and Spice. “Without a Blush” is one of my most played songs (so far) of March 2019. I included the track on a playlist I made for myself, as well as one I recently made for my best friend.

I love the dreamy vocals and indie-pop sensibilities of this track. It’s so catchy that I found myself singing-a-long after only a few listens. And before I knew it, I was waking up with it in my head, and seeking it out to play as I’d start my ride to work every morning.

I was beyond excited when I saw that there was a new song from The National. I pressed play immediately and was immediately unsure. There was something about the opening sound that threw me off. A different sound then I expected. It was a bit jarring, at first. And, there was also something new about the vocal production that I wasn’t 100% signed on with. And then…and then…and then…after a few plays, and a few more, it got me, and I got it – we musically got each other.

The addition of Gail Ann Dorsey, who previously worked with David Bowie, is a brilliant choice. I hope we hear more of her on other tracks from their upcoming album. Once she started singing I knew I had to hear the song again. Her voice, with Matt Berninger’s, is some kind of magic.

If this song doesn’t hit you immediately, don’t give up on it. Honestly give it a few listens, one of them turned up loud, preferably in your car, at night, if you can. “You Had Your Soul with You” is a grower, but I bet it will get you/get to you quickly, too.

3. “Motion Sickness” by Phoebe Bridgers
from the album, Stranger in the Alps (2017) 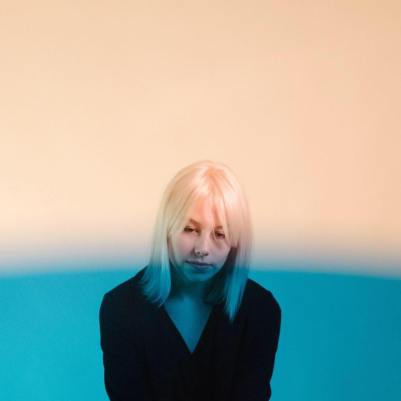 I like the concept of emotional motion sickness. I relate to the idea, and I’ve felt that way myself through the start of this year, and during a lot of the last. Sometimes I feel like my emotions have been turned up high, and thrown into a rinse and spin cycle. Or like I’ve been strapped to a never-ending carnival ride, the kind that goes up and down, and around in circles, all at once.

Meditation and mindfulness have helped some. If nothing else I’m becoming more aware of my emotional “Motion Sickness“. I’m trying hard to find, and maintain safety and stability, and master the ability to swim through my feelings. I’m working on my own personal form of Dramamine (motion sickness medicine).

I stumbled on Big Thief, and the song “Shark Smile”, through a Spotify “Discover Weekly” playlist. I obsessed over the track for a while, and then dove head first into their 2017’s Capacity. From there, I music-obsessed over so many Big Thief songs. When I heard recently they had a new track out I couldn’t wait to hear it. 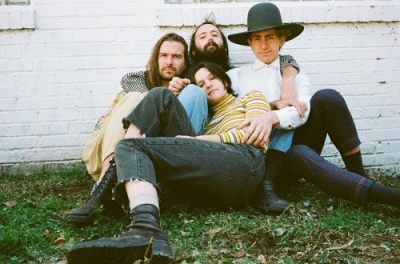 The song, “UFOF”, did not disappoint. I love the intimacy of it. The quiet control, the dreamy-feel, the off-kilter sounds (some of them seeming and feeling alien), and the strong storytelling. Listen carefully to the lyrically told story of alien abduction. It sneaks up to you and sonically abducts you. No, I mean it.

As I listen now I find myself thinking of Agents Mulder and Scully, wondering if I could go back in time and insert this song into one of The X-Files episodes (maybe one involving Mulder’s daughter).

5. “Free Around You” by The Dove and The Wolf
from the album, Conversations (coming in May 2019)

The Dove and The Wolf’s music makes me sigh in dreamy delight. Their harmonies are angelic, and their overall sound is just so intimate and gorgeous. When I first saw them open for Butch Walker I could not get over how amazing they were (you can read my review here). I’m so glad they are making new music.

At times they remind me of Azure Ray, another duo I have big love for. At other times, its the harmonies of First Aid Kit that I’m reminded of. And then I think of some of the folk albums I used to listen as a young girl. The ones I borrowed from my Mother’s record collection. Albums from Joni Mitchell, Judy Collins, The Mamas and the Papas, Peter Paul and Mary, and even Fleetwood Mac. There’s something in those albums and artists from the ’60s and ’70s that I recognize in “Free Around You”, and in The Dove and The Wolf’s music. Hypnotically beautiful stuff.

If you like this track I encourage you to seek out more from them. I will update the playlists weekly, for your listening obsessing pleasure.

You can press play below to hear all 5 songs together, either on YouTube or Spotify.