The A.V. Club’s cover project is one of my favorites to check in to when I’m craving a cover song discovery. For this Sunday’s Under the Covers feature – the first of the New Year, I’m going with The A.V. Club’s live cover of Michael McDonald’s early 80’s adult contemporary “break-up/heartache” song, that I remember all too well playing on the radio when I was in junior high, “I Keep Forgettin’ (Every Time You’re Near)”, performed by Laura Jane Grace, of Against Me!

Laura’s live cover is mixed with a bit of drums lifted from The Cure’s song, “Close To Me”.

Her rendition of Michael McDonald’s song takes the track to such a different place. It brings out the sentiments of the lyrics and sets them in a more painful and raw place. The stuff of real break-ups and heartache.

There is anger and hurt in Laura’s interpretation, too. Making this version feel like an anthem of one of the most painful spits you’ve ever been a part of, the kind that is near impossible to get over, get past, and forget.

Listening now, on repeat, I feel as if this is the first time I’ve ever heard this song. Isn’t that what makes the perfect cover song?

“Keep Forgettin’ (Every Time You’re Near)” (also known as “I Keep Forgettin’) is a song by singer-songwriter Michael McDonald, from his debut album If That’s What It Takes. It was written by McDonald and Ed Sanford. Its similarity to the earlier song I Keep Forgettin’, by Jerry Leiber and Mike Stoller, recorded by Chuck Jackson resulted in Leiber and Stoller also being given a songwriting credit.

“I Keep Forgettin’ (Every Time You’re Near)” by Michael McDonald

Michael McDonald recorded it, with his sister Maureen providing background vocals. It was featured on If That’s What It Takes, his first solo album away from The Doobie Brothers. Released as a single, it peaked at # 4 on the Billboard Pop Singles charts, and # 7 on the Billboard R&B chart. Greg Phillinganes, Steve Lukather and Jeff Porcaro of the band Toto played the clarinet, guitar, and drums respectively. Noted bassist Louis Johnson laid down the song’s pronounced bassline. (from Wikipedia)

What do you think of Laura Jane Grace’s cover? Do you know of any other covers of this song that you enjoy? Are there any other Michael McDonald, or The Doobie Brothers’ covers that you would recommend? 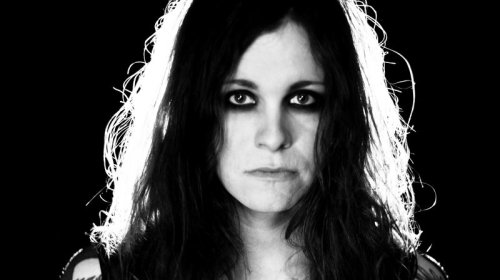