Last day of 2018. The eve of a new year, of new starts, of saying goodbye to what’s come before, and of new year resolutions. I’ve taken quite a few years off from the resolution disappointment carousal, but this year I’m choosing to hop back on. I’m choosing the giraffe. He doesn’t go up and down, no, he’s stationary, while the merry-go-round goes round and round. As a young girl, the giraffe was my favorite. The only one I felt safe on. I’d throw my arms around his neck and hold on for dear life, a plastered smile on my face, while my insides spun and shook. I’ve always had trouble with circles. Spinning gives me vertigo.

But I am always spinning. We all are. As the world turns I look for something to hold on to as that old familiar giraffe is long gone. Or perhaps still standing still while spinning around every day at Knott’s Berry Farm (where I first met my safety giraffe).

Music is my giraffe. My stability in the chaos. That thing I throw my arms around, holding on for dear life. One of my resolutions in this almost here new year is to hang on tight to music and to let myself trust other places, and people, for safety. To try to throw my arms around love, and who I love, trusting in it the same way I trusted that steadfast giraffe, and all the music I discover, and love.

“I don’t know what you smoke,
or what countries you’ve been to,
if you speak any other languages other than your own.
I’d like to meet you.

“I Don’t Know” reminds me of first meeting my boyfriend. When we first “met” (before meeting “in-person”) we’d text back-and-forth, tradings songs, and stories, giving away tiny details of who we are, or who we wanted to be, to each other. At the time there was so much to learn about each other, but despite all the unknown, I very quickly knew I was game. That I wanted to be an us with him. 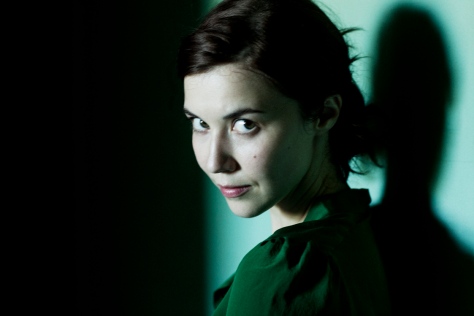 Sea Sew is Lisa Hannigan’s solo debut album. It was released in Ireland in September of 2008, before its worldwide release, later in the year.

Though never officially released as a single, “I Don’t Know” was featured as a free single of the week by iTunes UK, in 2009.”

Sea Sew was recorded in a cold barn in the Irish countryside.

The album was produced by Jason Boshoff, in one of Lisa’s friends’ studio over the course of a fortnight. He produced, recorded, and mixed the whole album, including the track “I Don’t Know”.

Lisa chose the album title Sea Sew because of the number of references to the sea in the lyrics of most of the songs on Sea Sew.

Lisa Hannigan is an Irish singer, songwriter, and musician. She started her career in music as a member of Damien Rice’s band, which is the first place I discovered her voice, and singing-sensibilities. Lisa has received award nominations both in Ireland and the US.