Monday after a four-day weekend would typically be a tough one, but this one was pretty good, so far. I woke up rested and refreshed, and due to some scheduling issues, didn’t have to leave the house until 9am. This gifted me some extra time which I filled with reading a chapter of the current book I’m reading (“Everybody In the Pool: True Tales” by Beth Lisick) while having a cup of coffee, taking time straightening my hair while conversing with our cat Clyde, and listening to some John Coltrane. I also got to do a few chore-things around the house, which may not seem like a “gift”, but it will gift me more time tonight, and later in the week.

The morning was beautiful outside. A little warmer than expected, with the sun out and the sky blue. Music played during my commute, which had much less traffic than usual because of my later departure. I wish I could take off later every Monday. This week’s Discover Weekly from Spotify was gifting some great tunes today, too. Two of the five Music Obsessions today came from the weekly refreshed playlist.

The past four-days off were challenging sometimes, but they had definite highlights and good times. In the end, the good outweighed the not so, which is really the best you can hope for in life. I’m feeling good today, loved and loving, hopeful for the coming week, and very in love. I’m looking forward to December, and the New Year. And, I’m digging today’s Top 5 Music Obsessions.

1. “The Killing Jar” by Siouxsie and the Banshees
from the album, Peepshow (1988)

“Needles and Sins,
sins and needles,
he’s gasping for air,
in the wishing well.
Dust to rust,
ashes on gashes –
hand around the killing jar.”

Lyrically speaking, this isn’t a feel-good song, but musically the track always makes me want to dance.

I vividly remember dancing to this song on Wednesday and Friday nights, “back in the day”. Maybe that’s why it always makes me want to spin around while the song spins…the goth-girl inside of me never dies.

“The Killing Jar” is one of my all-time favorite Siouxsie-songs, and the album, Peepshow, accompanied me and my first car for most of the Summer of 1988, garnering heavy rotation in the cassette player. This song, it always got replayed, rewound, and turned up loud. The track also made its way onto many a mixed tape, CD, and even still makes its way onto playlists, and Top 5’s (like today).

Something about this song feels like everything I’ve always loved about Siouxsie & The Banshees music – the pace, the vocals, the darkly tinted lyrics, the underlying pop sensibilities, the orchestration, the electronic twists and turns, the rise at the end, the climax and chanting, and that quick stop ending.

“I found a picture of you,
oh-oh-oh-oh.
Those were the happiest days of my life.”

Hmmm. I really don’t know what to think of this cover. 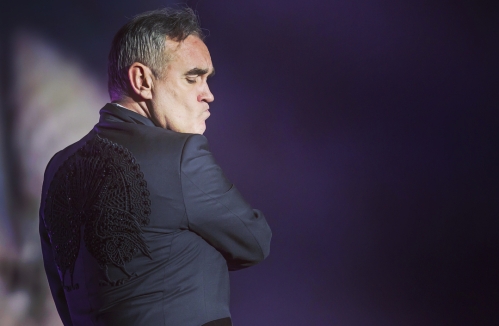 Just like with Morrissey himself, I’m often on the fence with his music. Some of it I love, some of it I’m not moved by. Moz himself is a tough one for me, too. The one and only time I saw him play live his antics and arrogance really put me off, though it’s hard to deny so many songs of his (and of The Smiths).

All that said, anyone covering “Back On the Chain Gang” would give me pause. It is my favorite Pretenders’ song, one of my go-to karaoke songs, and the track itself is linked to so many memories from my life. How can you beat Chrissie Hynde? I mean really? Though I will say that the opening notes do capture me, and I have replayed this cover song about six or seven times. I think for that, and the amount of time I’m using trying to decide whether I like it or not has earned its way into today’s Top 5 Music Obsessions.

3. “Killing the Blues” by Robert Plant and Alison Krauss
from the album, Raising Sand (2007)

“Somebody said they saw me,
swinging the world by the tail.
Bouncing over a white cloud,
killing the blues.”

I love the idea of “swinging the world by the tail”.

I love the sentiment of “killing the blues”, as well.

As the month of November comes to an end, and December looms around the corner, I’m persistently set on having some good weeks, especially since it’s been so rough in my life lately. I’m persistently set to kill the blues, or at least maim them a little with kindness, love, and buckets of hope.

Maybe I too want to swing this world by the tail.

I forgot all about this album, and collaboration, until “Killing the Blues” started playing on this week’s Discover Weekly. I don’t know that I ever really dug into this album full of songs, but I’m doing so today. Good stuff. Truly. 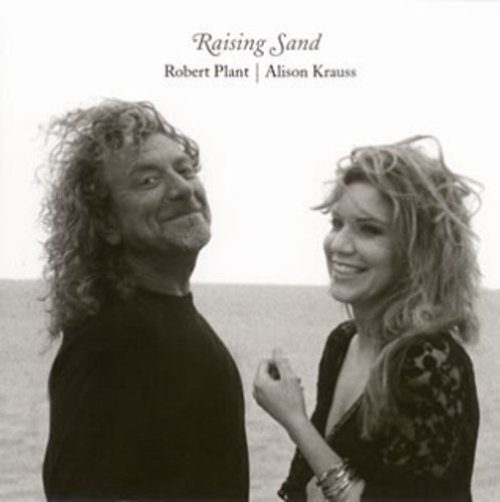 4. “Picasso” by Michael Head and the Red Elastic Band
from the album, Adiós Señor Pussycat (2017)

“It’s not like it in the movies,
there may be police involved.
Do I keep on following her?
Has it gone too far too long?”

Thank you, Spotify Discover Playlist, for introducing me to this song (“Picasso”) and this album by Michael Head and the Red Electric Band. I’m digging it (the song and the album) very much today.

The song title caught me first, immediately reminding me of being at LACMA with my boyfriend this past Saturday, and looking at the Picasso pieces from different years. A highlight for me was noting how different his later works were, in terms of brush strokes, color, and edges.

Michel Head is the man behind Shack, The Pale Fountains, and The Strands, as well as this new-ish (2017 new) band incarnation, The Red Elastic Band. I’m glad to have discovered this album today. 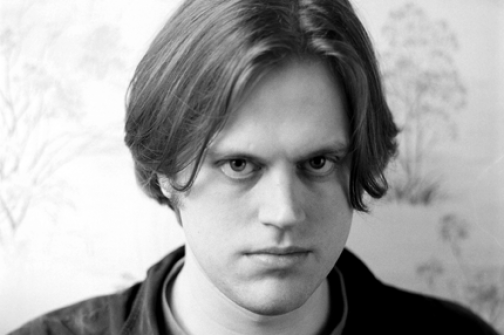 ““Now if I called you up,
do you think you could deliver my soul?”

Reminiscent of Billy Joel’s hit song “Only the Good Die Young”, Matthew Sweet’s 1991 track, “Evangeline”, is an ode to a religious girl who the protagonist longs for. This is my favorite track off of the album, Girlfriend. 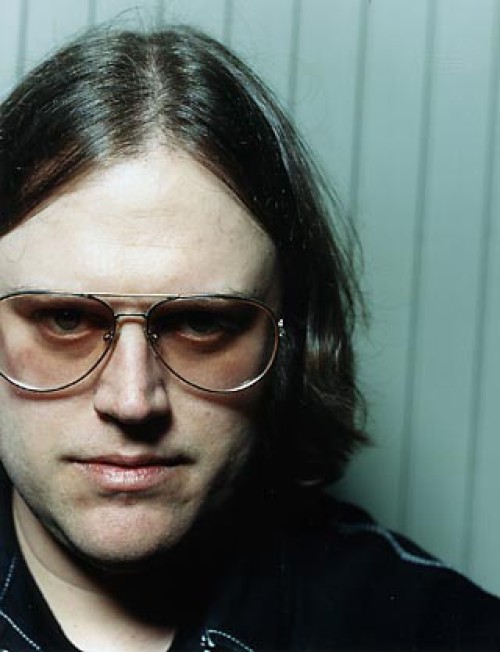 I didn’t discover Girlfriend until around 1995 when I was working at Tower Records. My favorite Sweet album, 100% Fun, had come out that year and I fell hard for it, quickly looking for other albums and grabbing up both Girlfriend and Altered Beast.

I think Matthew Sweet is often under-appreciated when it comes to great 90’s music. His power pop sound, jangly guitar, and well-crafted lyrics make him an ever-favorite of mine.

“Evangeline” (along with “Your Sweet Voice”) were both followed by the sound of a vinyl outgroove and a phonograph needle lifting off a record, which meant to signify the end of each side of the Album as though it were an LP.

It is said that “Evangeline” is sung from the point of view of Johnny Six from the Comic Book, Evangeline.