I heard “Under the Milky Way” by The Church on my way to work this morning. It was a rough morning, and I was trying to push myself through the morning after bad sleep and bad dreams, try to breathe through shaky feelings and grab a hold of hope and good feelings. Though this song is of the melancholic ilk, it is one of my all-time favorites, and it was the start of me feeling better on this Monday. I knew right then that it would be Today’s Song of the Day.

I’ve written quite a few times about this song. It is on my long list (growing longer every day) of life-long, all-time, forever Favorite Songs. It is the second track off of The Church’s 1988 album, Starfish. Along with David Bowie’s song “Heroes” (another life-long, all-time, forever Favorite Song of mine), “Under the Milky Way” is a song I used to drive around playing, while a story would unfold in my imagination. It was one of those song-stories that played out so vividly to me, becoming tiny films in my head. And, as with “Heroes”, I found myself initially disappointed when I eventually saw the music video for “Under the Milky Way”. I wanted it to be like the music-movie I’d constructed in my writer’s mind.

Instead, though, I used the song to help craft a character I later started to write for a desert story that is still unfolding in my mind. It was playing in the background when I wrote a first-meeting scene that happened under a sky full of stars, the kind you can only really see when out in the desert past midnight. An excerpt was shared here.

“Under the Milky Way” by The Church
from the album, Starfish (1988)
Song of the Day

“And, it’s something quite peculiar,
something shimmering and white,
leads you here despite your destination –
under the Milky Way tonight.”

“Under the Milky Way” was written by Steve Kilbey and Karin Jansson, Kilbey’s then-girlfriend and member of the Band Curious (Yellow) (from an earlier lyriquediscorde post).

Kilbey said described the creation of the Song:

“I smoked a joint and started playing the piano and she came in the room and we just made it up.”

The Song’s Title is from an Amsterdam Music and Cultural Venue, Melkweg (Dutch for “Milky Way”), which Kilbey used to frequent. (from Wikipedia) 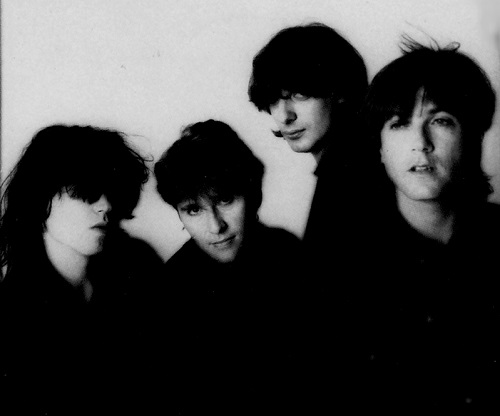 I’m grateful for this song today. That it gifted me a mental, and emotional, shift while I drove in the early morning sun. It got me thinking about what I have, what I want, and how in love I am. And that that love, no matter if we have rough times, occasions to doubt, or like last night, a first real fight, that it is worth everything and that I am never letting go of our love, of him, or of us. This song full of melancholy somehow made me feel better, hopeful again, and full of love.