I have a long commute. Most days and evenings its bearable, but there are days, like this morning, when all that time in the car, in traffic, is almost too much to take. Fluctuating routines and music keep me going, even on the worst commute days. I volley between playlists from Spotify and Apple Music, and sometimes CD’s, to audiobooks and podcasts. Many a Top 5 Music Obsessions list and Song of the Day are borne from my drives, especially the morning ones. The music too often navigates my thinking, whether it be daydreaming of things in the near and/or far future, or contemplating the day and/or night before. Sometimes, too, the songs play muse, and I begin to craft stories and/or poetry in my head (I really do need to start taping those writing and plotting ideas).

This morning, the particularly bad traffic commute day, it was playlists from Spotify and thoughts about the future, both near and far. Travel was a topic of conversation between Chris and me last night, and it got me thinking of places I’d love to go together. I’m looking forward to some things being more settled in the future so that we can start saving and planning for things like trips together.

After such a lovely day and night together, I’m sure missing him, and my kids, who were all home last night. I’m thankful for the upcoming long weekend so that I can have more than the usual time at home. I’m hoping for one day this weekend to be like yesterday, meaning not a lot of plans, and a lot of time just spending at home, all of us together.

“I will surprise you sometime.
I’ll come around.”

I’m always curious what makes someone not title a song or a piece of writing. I’ve done it before. Different reasons, I suppose, every time I’ve decided to. I think sometimes its because there is something so personal to the writing that I can’t bear to give it a title, other times it is because no title seems to fit properly, and other times are honestly in the “I don’t know why” category.

I love the simplicity to the lyrics of this song, and the complexity of the sound. Very shoegaze in some regard, with a bit of post-darkwave sensibilities. I always forget about Interpol. I’m not sure why.

This song belongs in the playlist that corresponds with my horror/speculative fiction novel that I’ve not gone back to in some time. Maybe this song is a gentle nudge to revisit it?

“People say that your dreams are the only things that save ya.
Come on baby,
in our dreams,
we can live our misbehavior.”

I’m pretty sure this is the first Arcade Fire song I ever heard, and that its what led me to buy the Funeral album, and falling hard for it, back in the early aughts. It was part of a handful of bands and artist that I got so obsessed with back then (2004-2005). I listen to this track now, turned up as loud as I can in my office, and I love it just as much as I did back then.

I remember nearly all my dreams. They are always in vivid color. Sometimes though they dissipate quickly into the ether minutes after I wake. I used to be better about writing them down immediately after waking. So many story ideas came from those dreams. Maybe I should start doing that again.

My son is starting a journal as part of his English class. A page a day (back and front). Talking to him about it the last two days made me miss writing in my journal. Its been awhile. Too long. I know that this space has become more personal this year than it ever has been, and I think for the most part I’m glad for it. That said, I miss the freedom and unfiltered abandon that comes from writing by hand in a journal that no one will read (unless you choose for them to read).

3. “The Last High” by The Dandy Warhols
from the album, Welcome to the Monkey House (2003) 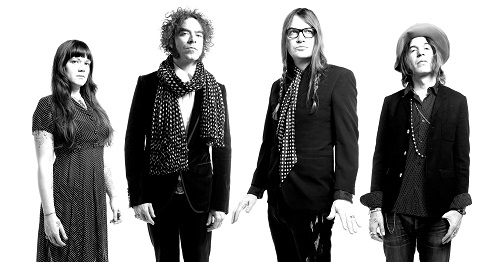 “When you were the last high.”

Another band I often forget about. This track came on one of the Spotify Daily Mixes while I was driving this morning, and I turned it up loud, singing-a-long.

Do you think a person can be a high? Is the idea of “high” in the song indicative of a person that is an addiction/obsession, or something more?

4. “I’ve Got Dreams To Remember” by Otis Redding
from the album, The Very Best of Otis Redding (1992)
among other albums

Otis is one of our singers. Chris sent me this song today. We have quite a few Otis songs we’ve sent each other. Though this isn’t lyrically applicable, the dreams part is. I think.

I have dreams for our future, and memories of our past to remember, and the joy of what we have right now. No matter the challenges we face, we have so much of all of that together – dreams, memories, and joy. We are lucky that way.

A favorite song of mine since the late 90’s, from Ben Lee’s album Something To Remember Me By that I’ve loved since then, as well. Some of this song reminds me of when we first met. How connected we were so quickly. How much we felt so right away. And how much we feel now, how much more we feel.

“Cause I need you more than ever,
joined at the soul together,
Daisy.”