Ryan Adams’ music is always there for me. Earlier this week I did an updated Top Ten list of my favorite Ryan songs, and it got me in a non-stop, obsessive Ryan Adams’ music mood. My heartache and his songs seem to fit together right now. But, then again, every mood I could fathom seems to have a Ryan song that fits.

I stumbled into “To Be Without You”, from 2017’s album, Prisoner. I’d heard it before. More than a few times. But when I played it last night it said so much of everything I’m feeling. It hit hard and deep, bringing tears immediately, but also wrapping around me like a favorite blanket, or an embrace from someone dear. It was like someone saying to me, “I get it. All that pain, sorrow, grief and loss your feeling. I get it. You aren’t alone.”

I’m so grateful for music. This is so hard, but the music helps.

Thank you, Ryan Adams, for this song.

“It’s so hard not to call you.
Thunder’s in my bones out in the streets where I first saw you,
when everything was new and colorful,
it’s gotten darker.
Every day’s a lesson,
things were brighter before.
Nothing really matters anymore.”

“To Be Without You” (live) by Ryan Adams 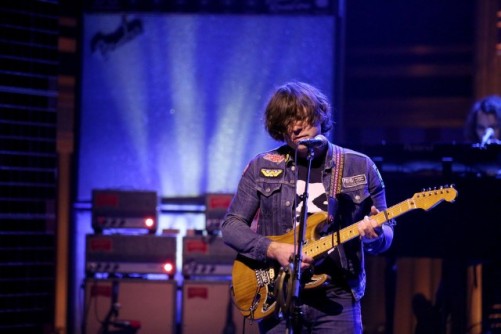