It’s time for FIRST WAVE ON MONDAYS again. First Wave includes New Wave, Punk, Goth, and other Alternative Music from the late 70’s, 80’s, and early 90’s. On First Wave On Mondays, you will find a “First Wave” Song, Playlist, or Album Feature every Monday. We will also include a bit of History about the Songs, Albums, Bands, Artists, and the Genre. And, of course, there will also be a bit of waxing nostalgic along the way.

This Week we take a look, and listen, to Siouxsie And The Banshees’ 1978 Single, “Hong Kong Garden”.

“Hong Kong Garden” was Released as the Debut Non-Album Single by Siouxsie And The Banshees, in 1978, by Polydor Records. The Single hit #7 quickly on the UK Singles Chart. (from Wikipedia)

“Hong Kong Garden” by Siouxsie And The Banshees
from the Album, The Scream (1978)
First Wave On Mondays

Extremely catchy and danceable, there is something in “Hong Kong Garden” which crosses Genre borders becoming a melding together of Goth, Punk, New Wave, and even Pop. I would hear this Song playing at Goth clubs like Helter Skelter and Stigmata, as well as New Wave clubs like Hot Lava and Ground Zero, back in the late 80’s. 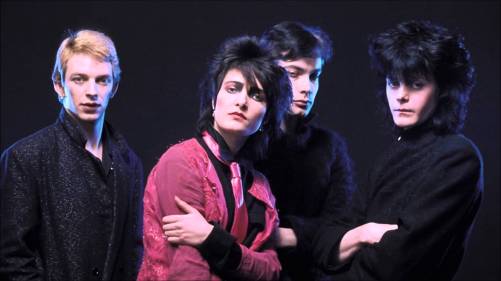 I’d go on to add “Hong Kong Garden” to many a Mix Tape and later, Mix CD. Even now, the Track finds its way onto Playlists. Oh, and its a Song I like to workout to, as well. Genre-bending and border-breaking, “Hong Kong Garden” is.

Originally “Hong Kong Garden” was an Instrumental Track called “People Phobia” which was composed by Guitarist John McKay, in 1977. He played it for the Band for the first time on a Tour Bus, Siouxsie has said. She’s also stated that the revised/retitled, and with Lyrics Version of the Song, “Hong Kong Garden”, was named after the Hong Kong Garden Chinese takeaway in Chislehurst High Street, in the UK.

Lyrically, the Song is about racist activities of skinheads visiting the take-away.

“I’ll never forget, there was a Chinese restaurant in Chislehurst called the ‘Hong Kong Garden’. Me and my friend were really upset that we used to go there and like, occasionally when the skinheads would turn up it would really turn really ugly. These gits would just go in en masse and just terrorise these Chinese people who were working there. We’d try and say ‘Leave them alone’, you know. It was a kind of tribute”. 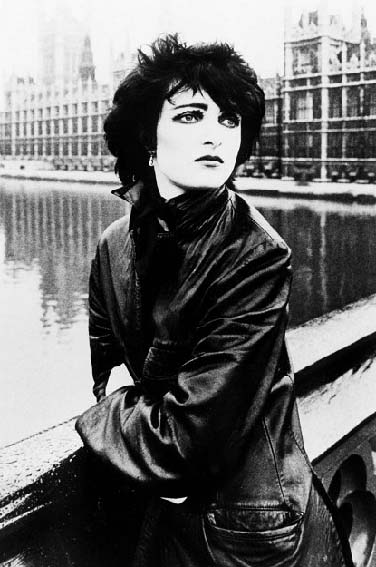 Siouxsie went on to say:

“I remember wishing that I could be like Emma Peel from The Avengers and kick all the skinheads’ heads in, because they used to mercilessly torment these people for being foreigners. It made me feel so helpless, hopeless and ill.”

“Hong Kong Garden” was the first of 17 Top 40 singles that Siouxsie and the Banshees achieved in the British charts. Five years later they recorded their biggest ever UK hit with their cover of the Beatles’ “Dear Prudence.” In 1991 “Kiss Them For Me” became their only US Top 40 hit, peaking at #23. It did better over the Atlantic than in the UK where it only reached #32. (from Songfacts)

“Hong Kong Garden” (live, 1978) by Siouxsie And The Banshees

In 2006, a reworked version of “Hong Kong Garden” was included on the soundtrack for Sofia Coppola’s film Marie Antoinette, augmented by a new orchestral string introduction arranged by Brian Reitzell. (from Wikipedia)

Hope you enjoy this Week’s Edition of First Wave On Mondays and had some fun listening and learning about “Hong Kong Garden”.

Please feel free to recommend a First Wave Song, Band, Artist, or Story for consideration. Email your recommendations and ideas to lyriquediscordesubmissions@gmail.com.