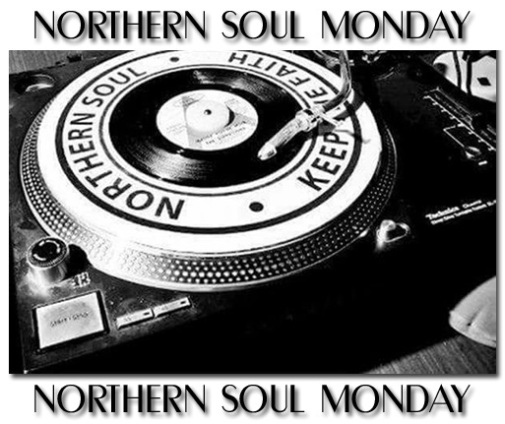 Here we all are again. Another Monday. Another Edition of Northern Soul Monday. We are here to celebrate Northern Soul Together. To listen and learn about the Feature Song while we Turn It Way Up. We’ll be learning a little Northern Soul History together, too. Are you ready? Suit and Talc optional. Let’s go!

This Week’s Northern Soul Monday’s we are Turning Up the Volume on “Under My Thumb” by Wayne Gibson. The Single was Released in 1966, on Columbia Records. And yes, it is a Cover of The Rolling Stones Song, originally written by Mick Jagger and Keith Richards.

“Under My Thumb” by Wayne Gibson
Northern Soul Monday

Wayne Gibson, born Edward William Allen, was a British Pop Singer who had two Hits on the UK Singles Chart – “Kelly” and Today’s Featured Song, “Under My Thumb”.

Early in Wayne’s career, in the early 1960’s, he was the Lead Singer for The Tornadoes. They (The Tornadoes) eventually changed their name to Wayne Gibson and The Dynamic Sounds. They played at The Top Ten Club in Hamburg, Germany, in 1961-62. (from Wikipedia)

In 1963, Wayne Gibson and The Dynamic Sounds won a Recording deal with Decca Records. Shel Talmy, who produced The Kinks and The Who later in his career, produced their first Singles. They released 2, both Cover Songs – “Linda Lu” (originally by Ray Sharpe) and “Come On” (originally by Richie Valens). Neither was a success.

The Band made a move then to the Pye Label. There they released a Cover Version of Del Shannon’s “Kelly”, with Jimmy Page (a session Musician then) on guitar. It reached #48 on the UK Charts.

“Kelly” by Wayne Gibson And The Dynamic Sounds

Their next Single, “Portland Town”, went nowhere though, so it was off to another new Label. This time it was the Columbia Label, and then off to Parlophone. Eventually, they went on to be the regular Backing-Band on the BBC TV Series, “The Beat Room”.

Wayne Gibson went Solo in 1966. He Released his Cover of The Rolling Stones’ “Under My Thumb” was produced by Terry King. It was not an immediate hit, nor was his next Single, another Cover, this one of The Beatles’ “For No One”. After 1966, and two “No Hits” in a row, Wayne left the business.

However, as is many a Northern Soul Hit Song story, in 1972, a small label called Kingdom reissued both “For No One” and “Under My Thumb”. The latter would become well known and loved on the Northern Soul club scene in the UK. Because of that “Under My Thumb” was reissued on the Pye Disco Demand Label. It reached #17 on the Charts in late 1974, and Gibson even performed it on “Top of the Pops”. 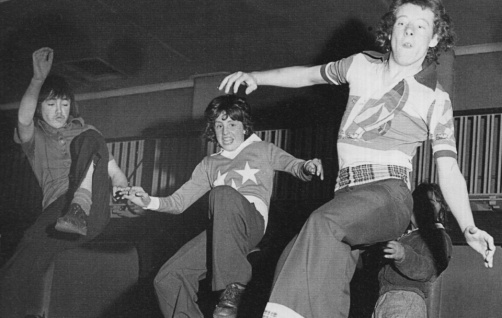 In the early days of Northern Soul nights, the threads weren’t a million miles away from the Mod nights of the time – sharp, button tailored Ben Sherman suits abound. However as the scene developed, the nights became wilder and revelers didn’t want to ruin the clothes they’d spent a fortune on down the local club. (from Ben Sherman UK)

Later Northern Soul fashion was therefore focused more on the functional – jeans, wide-fitting trousers and t-shirts. You were there to dance, not stand around in the corners after all.

However, this move towards functional fashion didn’t mean that those entrenched in the subculture couldn’t show any individuality at all, with badges and patches used to show you were part of the group in the know, many emblazoned with the now infamous ‘Keep the Faith’ slogan and black gloved hand. 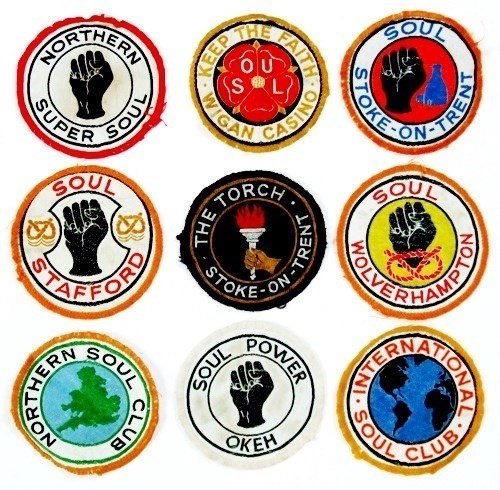 Some people described Northern Soul style as “loosened up Mod”. It’s true that the earliest Northern Soul fashion was rooted in the Mod look. Trim fits by Ben Sherman (see above) and Brutus, Levi’s jeans, and brogues. It became a bit of “Mod light”, an evolution that was necessary in order to accommodate the energetic, and sometimes acrobatic, dancing synonymous with Northern Soul. 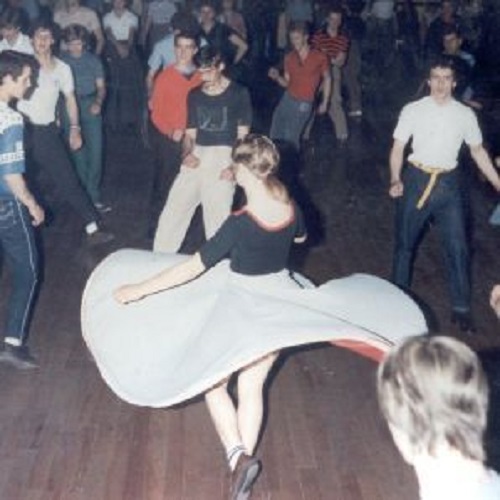 Thanks for joining us for another edition of Northern Soul Mondays. Be sure to check back here next week to see who we will be spinning, and take another step back into Northern Soul History with us. Until then, Keep the Faith.