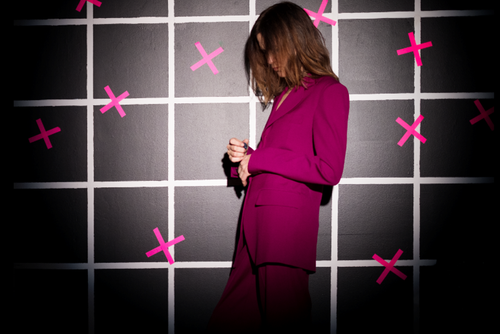 “Suspended In Time” by Juliana Hatfield is Today’s Song of the Day. Day 3 of Lyriquediscorde’s Week celebrating the Album Juliana Hatfield Sings Olivia Newton-John (available at American Laundromat Records) continues with a Song originally from the Movie Soundtrack to Xanadu. I’ve written about Xanadu a few times, both about the Movie itself, and the Soundtrack. The Movie means a great deal to me as it came out around the time that I was Obsessed with Olivia Newton-John, and when I was on the cusp of adolescence, sorting out what I liked and what excited me.

The Xanadu Soundtrack was the first Album I bought with my own money. I saved up the $11.99 sticker price (it was a Double-Album) and walked to Montgomery Ward department store, making my way to the Music department. I’ve never forgotten how it felt to buy it, nor how much that Album meant to me because I bought it myself. I still have it in my Vinyl collection. It will always be with me.

“I get a feeling when I’m with you,
none of the rules apply.”

Ms. Hatfield released her first recording in 1987 as a 20-year-old member of the Boston-based Blake Babies; across the span of some two-dozen albums, she has repeatedly shown a gift for edgy and crafty songwriting; a voice that can be sweet, world-weary and ideal for channeled aggression; and the ability to play what the songs require, especially on electric guitar. Her Newton-John tribute ripples with a charming vibrancy that was missing, deliberately so, from her prior release, the pointedly political “Pussycat,” issued last year.

Juliana shares my love of Olivia Newton-John’s Music. She came to it as a young girl, just as I did. I think that it made it more impactful, and in some ways precious to have this Music hit pre-teenage years. There is something so pure in my memories of the Music. That said, it was never flimsy Pop Songs. There was always a singer-songwriter quality in Olivia’s Songs, even if she was not the one penning them. They told a story that resonated, even if the particular stories were not something relevant to a young girl’s life.

Juliana is quoted as saying, about Olivia and her Music:

“It bothers me when people write her off as a cupcake. She had depth and breadth.”

With “Suspended In Time”, the Song transcended the Movie it came from and to me, became an Olivia Song first, and a Xanadu Song second. There are nods to “I Honestly Love You” and “Hopelessly Devoted To You” in the sentiment of the Song, just as much as there are connections to “Magic” and “Xanadu”, both from the Film.

“Suspended In Time” by Olivia Newton-John