Full of color and catchy “wonky” pop flavor, “Girls/Boys” feels ready for both radio play and the dancefloor. A duo in every way, Isaac and Sofia of MOONOVERSUN, proclaim equal creative partnership in writing, producing, performing, and directing their own videos. Their Song, “Girls/Boys” proclaims the same, self-empowerment and share of voice, to an addictive beat.

[The Song is] about not worrying what others think and just having a good time. A problem we and others constantly face is people putting us in certain roles; boy as the producer and girl as the performer just because of our gender, which we feel can be reductive. There are so many sick female writers and producers out there so why do people make this assumption?

“Girls/Boys” by MOONOVERSUN
Now Hear This

MOONOVERSUN hail from London and Brighton, and are often seen and heard at WONK nightclub nights where their Music is often accompanied by balloons, bubbles and a general lack of inhibition. Turn this up and close your eyes and you can almost see it. So, what is “Wonky” Pop? I wasn’t sure myself until I looked it up and sampled the sounds. Wonky Pop was a loose grouping of Musical acts that played what the BBC has called “quirky, catch and credible pop,” rooted in the eccentric side of 1980’s Pop Music that had a bit of a heydey in the late 2000’s. Mika, Alphabeat, and Frankmusik are mentioned as Wonky Pop Artists. (from Wikipedia)

To me, “Girls/Boys” sounds influenced by New York Indie Punk like La Tigre, Indie Dance Pop Artists like Grimes, Charli XCX and Dance Pop/Nu Disco Artist Alex Crossan (Mura Masa), and a little bit of La Roux. This Track is getting some obsessive play from me and has found its way to my workout Playlist rotation. Give “Girls/Boys” a listen and see how addictive it is – you’ll want to hit the dance floor, or a spin class, right away. 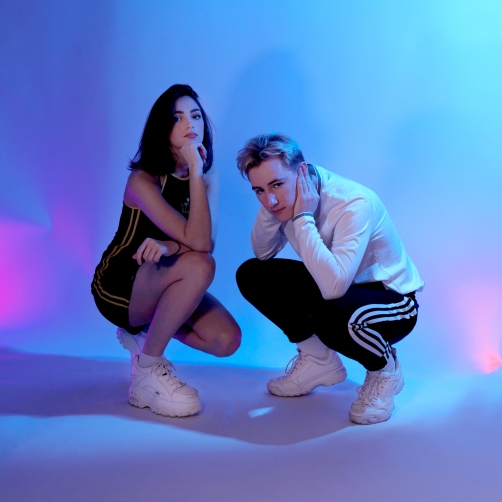