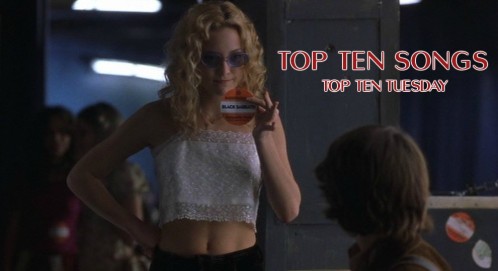 Top Ten Tuesday is back again with another Top Ten Songs list by request. This time its Garbage that is getting some Top Ten attention thanks to Amber’s request. I thought for sure I’d done a Garbage Top Ten List in the past, but after a few searches through the lyriquediscorde Archive, I don’t see one. I’m surprised, but actually quite happy that this will be a fresh and new go at picking my ten Favorite Garbage Songs. 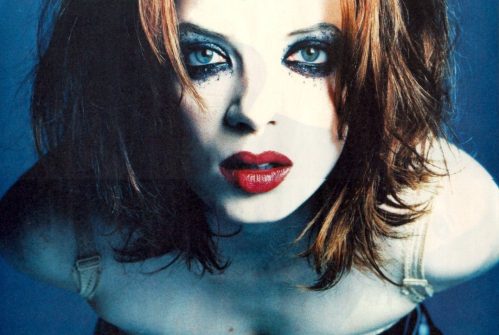 Thinking back, I do not have a pinnacle Garbage moment of when their Music came into my life. Instead, I feel like they’ve always been there since the Romeo + Juliet Soundtrack introduced me. It was 1996, and I was going through various Music Obsessions, including Trip Hop, Indie Folk, Britpop, and so many women in Music. I feel like Shirley Manson and Garbage fit a little into all of that, sound and style wise. Perhaps that’s why I don’t remember one big Garbage moment because they were weaving their Songs through all of it.

Garbage formed in Madison, Wisconsin in 1993. It consists of Scottish Musician Shirley Manson (vocals, guitar), and American Musicians Duke Erikson (guitar, keyboards), Steve Marker (guitar), and Butch Vig (percussion). All four have been involved in songwriting and production. The band has sold over 17 million Albums worldwide. (from Wikipedia)

Through the years Shirley Manson has become one of my Music Favorites. Her voice, her strength, her presence, her kickass personality, and her big part in Women in Music are inspiring. Its transcended my love of Garbage and gone into some of the other endeavors and collaborations she’s been a part of. I would love to see/hear a Solo Album from her, along with a pairing up with Alison Mosshart, of The Kills and The Dead Weather.

What are your Favorite Garbage Songs? Here’s mine: 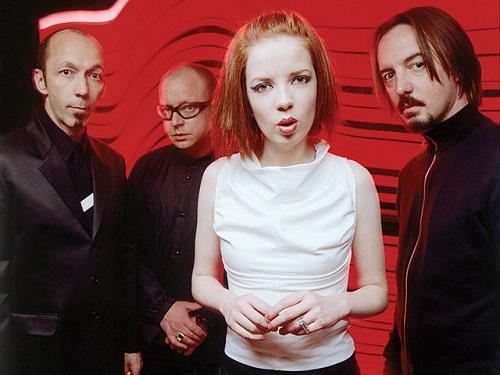 3. “Stupid Girl”
from the Album, Self-Titled (1995)
co-written by Joe Strummer and Mick Jones

4. “Special”
from the Album, Version 2.0 (1998)
includes vocal interpolation of Lyrics from The Pretenders Track “Talk of the Town” 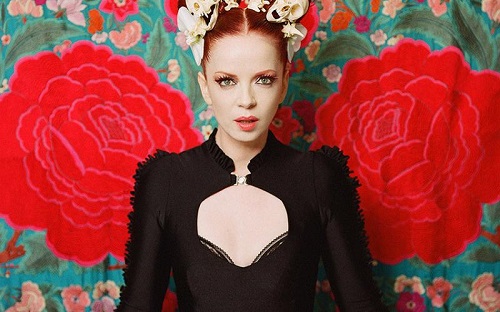