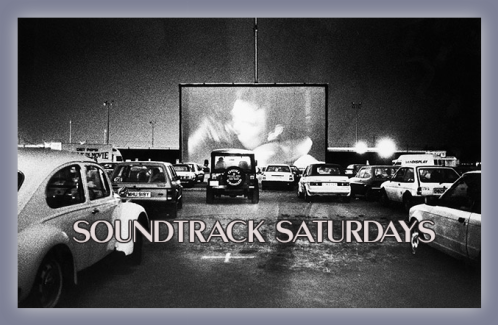 Let’s head back to the 90’s, to Generation Xers, Slackers, 70’s nostalgia, post-college crisis, friends, lovers, and other complications. To the world of doily dresses, jobs at the gap, pay-phones, gas cards, and god-damn Troy Dyer. Reality Bites came into my life at the most appropriate of times, like the Hughes/Ringwald Movies of the 80’s, Reality Bites happened right when being in my twenties was my reality, and I recognized a lot of myself in Laney, and a lot of my friends, and clumsy relationships in Vickie, Sammy, and Troy. It was both wonderful, and terrible, to be in my twenties in 1994. Writer Helen Childress and Director Ben Stiller, they got it. And the Music, it was the kind that favorite Soundtracks are made of.

The Soundtrack to Reality Bites started around the time when RCA Records met with Music supervisor Karyn Rachtman and Ben Stiller three weeks into the Movies filing to discuss ideas for the Soundtrack Album. They finalized a deal and the label opened its roster to Stiller who picked only one band, Me Phi Me.

The Soundtrack was aggressively marketed and five of the Album’s Tracks were on heavy MTV and Radio rotation. Crowded House’s “Locked Out” had its Video edited to include footage from Reality Bites. Also, Ben Stiller directed a Video for Juliana Hatfield Three’s Song, “Spin the Bottle”, which featured Film clips, as well.

The Reality Bites Soundtrack sold 1.2 million units and reached #13 on the Billboard 200. It also earned a #1 Single with Lisa Loeb’s Stay (I Missed You).

Reality Bites Soundtrack includes songs by World Party, Squeeze, The Knack (My Sharona featured prominently in one scene from the film), Juliana Hatfield, Social Distortion, and two contributions from Crowded House (Locked Out and Something So Strong, the latter not included on the soundtrack album) in addition to the runaway hit Stay (I Missed You) by Lisa Loeb, which earned Loeb the distinction of being the first artist to top the Hot 100 before being signed to any record label.

1. “Spin the Bottle” by The Juliana Hatfield Three

2. “When You Come Back To Me” by World Party