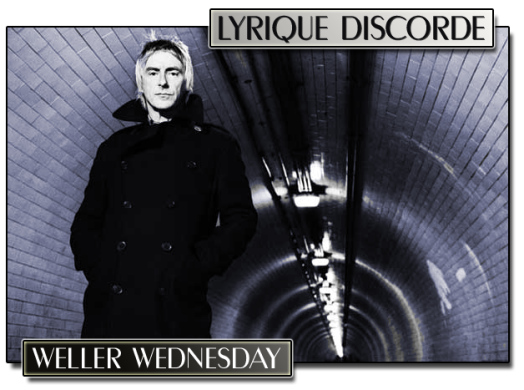 “Phoenix” by Paul Weller
from the album, Saturns Pattern (2015)

Weller Wednesday is back for another week of all things Weller. This week we feature “Phoenix”, Track 7 from 2015’s solo Weller Album, Saturns Pattern. Peppered with Disco, Electronica, Jazz, and Funk influences, “Phoenix” was originally written in memory of/remembrance of Frankie Knuckles, one of the original pioneers of House Music.

In the Music Biography, Paul Weller: Sounds from the Studio, “Phoenix” and Knuckles are discussed in the chapter about the making of Saturns Pattern:

“The great House artist, Frankie Knuckles, was on Paul’s mind when he wrote the next track on the album, ‘Phoenix’. Knuckles had been one of the original pioneers in House music and had delighted many an Eighties’ raver with songs like ‘Tears’ and ‘Your Love’. His deep House style didn’t go unnoticed by Paul.

‘Phoenix is Paul utilising ambient sounds that reminded him of Knuckles’ works.”

“Phoenix” is also noted to be another example of “trial and error” in Weller songwriting and recording. Longtime collaborator and friend, Steve Craddock, rejoined Weller on this Track. Weller’s wife Hannah was also in the Studio, adding backing vocals to “Phoenix”. The use of the Fender Rhodes in this Song is noted as adding to its atmospheric tone.

The Weller/Kybert Remix of “Phoenix” highlights more of the House Music sound, making this Track seem more fitting as a Knuckles’ Tribute from Weller.