I was a teenager, well-versed in the language of MTV and alternative radio (before the term “alternative” was a thing) when I first heard ‘Til Tuesday. “Voices Carry” was probably the first place everyone heard Aimee Mann’s voice for the first time. It was definitely mine. It could have been a one-hit wonder kind of affair, but for me, it was just the beginning of a musical love with long-lasting potential.

I was working at a record store when I stumbled on Whatever, Aimee’s first solo album. I had missed its release in ’93 somehow, so when I spotted it while shelving CD’s I grabbed it up and couldn’t wait to get home and give it a spin. Though I love all her solo albums, including the soundtrack to Magnolia, I do believe Whatever is the Album means the most to me (Lost In Space coming in a very close second).

I’ve had the opportunity to see Aimee Mann play live three times, twice in Southern California, and once in Chicago, and each time I’ve enjoyed more than the last. She’s one of those artists that I always try to catch on tour.

Aimee is a true storyteller and songwriter, the kind that spins a tale, but leaves out just enough so that the listener can find themselves within the song. She writes and sings about things that matter and move me, like love, loss, addiction, age, death, life, success, art, and relationships of all kinds. I’ve found myself in her songs, gone to them for comfort and consort, am found inspiration for my own writing while listening to hers.

Do you have a favorite Aimee Mann Song? If so, please share in the comments below. Here’s mine: 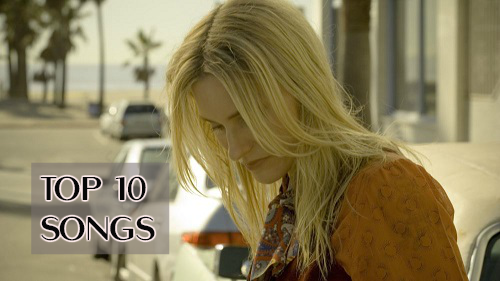