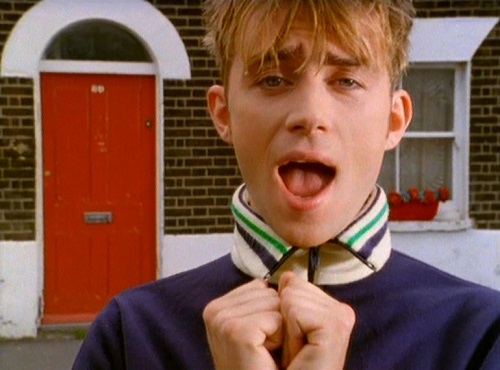 “Parklife” by Blur is the first Britpop Tuesday of 2018’s Spotlight choice. We start off the New Year with what is considered one of Britpop’s defining Songs. Live Forever: The Rise and Fall of Brit Pop (2003) features the Song as one of the highlights of the scene. Blur is

The Song is the title Track from Blur’s 1994 album Parklife. It was released as the Album’s third Single and reached #10 on the UK Singles Chart.

Damon originally attempted the spoken verses, but couldn’t get into character. Guitarist Graham Coxon suggested Daniels as Blur were big fans of Quadrophenia. Coxon told The Guardian in 2012:

“At the line ‘There was a piece of my heart,’ Phil said, “Should I drop the ‘h’? If I pronounce it, it’ll sound more adorable.” We didn’t want to use a forced mockney accent, so he pronounced the ‘h.'”

It was during the Awards circuit that the ongoing feud between Blur and Oasis utilized this Song into the battle. At the 1996 BRIT Awards, the Gallagher brothers mocked Blur by singing “Parklife” in full drunken slur fashion, Liam changing the Lyrics to “Shitelife” and Noel shouting “Marmite” at the crowd. This was while Oasis was on-stage collecting their “Best British Album” award, which both themselves, and Blur, had been nominated for.

“London Fields (a novel by English writer Martin Amis) inspired Parklife. That book changed my outlook on life.” Bassist Alex James said, “The first time Damon played Parklife to me I was certain that it would be big. It was one of the most complete things I’d ever heard.”

Graham Coxon told The Guardian in 2012 that the Song was:

“about the park class: dustbin men, pigeons, joggers – things we saw every day on the way to the studio [Maison Rouge in Fulham]. It epitomises what Blur were about – having fun and doing exactly what you want to do.”

Happy New Year of Britpop Tuesdays and thanks for indulging with us on Blur’s Big Britpop Hit, “Parklife”. Be sure to tune in next Tuesday to see and hear what Britpop goodies will be playing here at Lyriquediscorde.

Feel free to leave feedback and/or requests for future Britpop features in the comments below.