“Kills to Be Resistant” is the second track, and the third single released, from Bully’s sophomore album, Losing, released last month on Sub Pop Records. The song and album were recorded at Electrical Audio Studios in Chicago.

Bully was formed in Nashville, in 2013. The band was founded Alicia Bognanno who is originally from Minnesota and who studied audio recording in college before getting an internship at Steve Albini’s Electrical Audio Studios in Chicago, where this song, and the album Losing, were recorded.

After relocating to Nashville to work as an engineer at Battle Tapes Recording and at the Stone Fox venue, she joined a power pop band, King Arthur. She then split off and started Bully, taking with her the drummer, guitarist, and bassist, from King Arthur, along for the ride.

My Thoughts on Bully and Kills to Be Resistant

I didn’t discover Bully until this recent album. I think I may have heard a song, or two, from their debut album, and definitely had heard of them before. But, it wasn’t until I took a listen to Losing that I realized how much I dig them.

They remind me of a cross between Sonic Youth, 90’s Riot Grrl bands, Sebadoh, and Dinosaur Jr. I feel transported to the 90’s when I listen, even though there is definitely an overarching taste of now, especially lyrically.

Bully is a band that I want to see play live. I’m looking forward to their show next year, in Los Angeles. They are a band to watch, for me. I think we will be hearing from Bully, and Alicia Bognanno, for a long time to come. 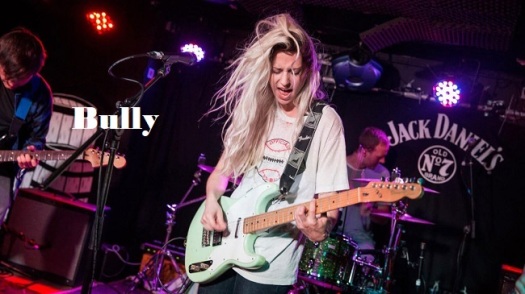