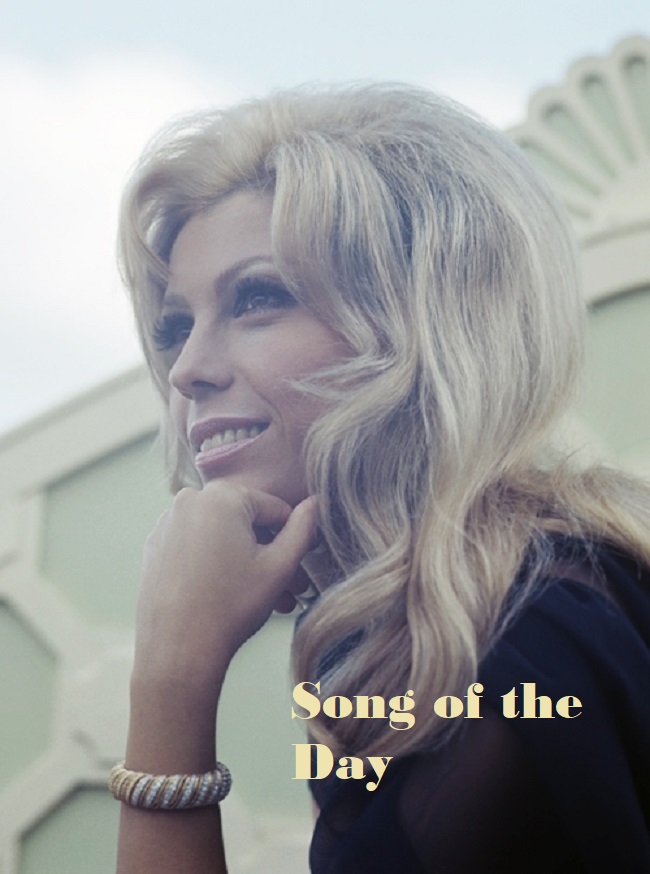 “Sugar Town” by Nancy Sinatra
from the album, Sugar (1967)
Song of the Day

“Sugar Town” was the second single released off of her 1966 album, Sugar. The single was released in 1966 on Reprise Records with the song “Summer Wine” as its B-Side. It was written and produced by Lee Hazlewood.

“Summer Wine” was also written by Hazlewood, and was recorded as a duet with Nancy and Lee singing together.

Nancy featured the song prominently in her 1967 TV special entitled “Movin’ with Nancy”.

Though critics deemed the song lighter fare than previous songs from Nancy, Lee Hazlewood’s take on the song he wrote differs.

“‘Sugar Town’ was an LSD song if there ever was one.” Hazlewood recalled in an interview, pointing to the lyric “Now I just lay back and laugh at the son.

Hazlewood went on to say, “I was in a folk club in LA which had two levels. I could see these kids lining up sugar cubes and they had an eye-dropper and were putting something on them. I wasn’t a doper so I didn’t know what it was but I asked them. It was LSD and one of the kids said, ‘You know, it’s kinda Sugar Town.’ Nancy knew what the song was about because I told her, but luckily Reprise didn’t.”

Nancy said of the song,”It was hard to put any other songs with ‘Sugar Town’,” Nancy remembers. “It was basically about LSD but was not publicized as that. It was Lee’s ‘Lucy in the Sky with Diamonds’. It went against my image.

The song was also given the title of having “the worst lyrics ever written in a top ten song”, by Walter Winchell, a gossip columnist.

Hazlewood insisted the lyrics were meant to be bad, as he explained:

“Hey, I spent a lotta time writing a bad lyric like that! The words are as stupid as I could get ‘em,” Hazlewood retorted. “I edit a lot, even the dumb songs. The dumb songs are the hardest to write. [“Sugar Town”] took me a while. I wanted the dumbest lyric ever written to a song, to a doper song.”

He pointed out the worst of the lyrics with “I never had a dog that liked me some”.

That said, the song was popular, and was covered by Zooey Deschanel for the film 500 Days of Summer, and was also used prominently in the Season 3 opener of the series’ Better Call Saul.

For me, this song is pure 60’s Southern California. I think of Malibu when I listen to it, or of the Santa Monica pier in the late Summer afternoon. There is something so feel good in this song, but there is also a complexity that makes me think there is more to the story. Though I would not have guessed LSD, there is something more complex than the surface of the lyrics may suggest.

I adore the video. Nancy in polka dots and go-go boots riding in a hot air balloon, and landing in a forest. She explores said forest in said go-go boots, all while singing- along. The start of the video, in the balloon, reminds me of a 60’s caper film, maybe a female 007, or a seemingly innocent but later to be revealed villain in a 007 type story. 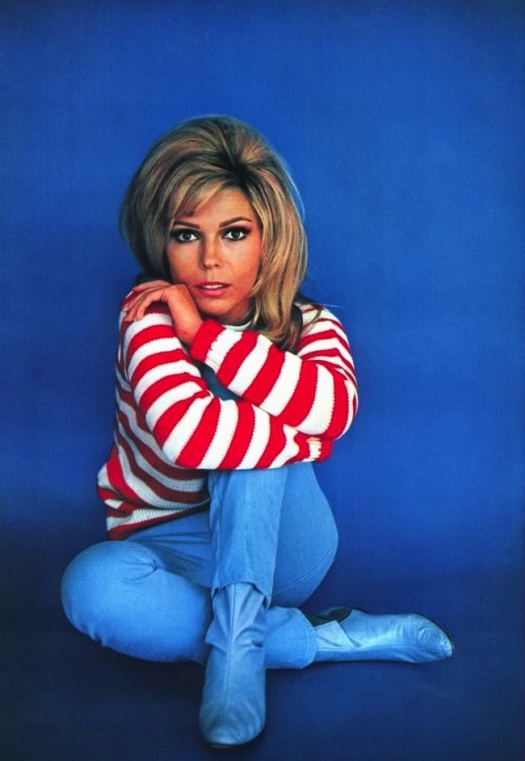