“Champagne Supernova” by Oasis
Song of the Day

“Someday you will find me,
caught beneath the landslide,
in a champagne supernova in the sky.”

“Champagne Supernova” was written by Noel Gallagher. The 7-minute anthemic song is the last track off of the (What’s the Story) Morning Glory album. The single was released in the US as a “radio single” to great success, becoming the band’s 2nd # 1 single on the Modern Rock Tracks chart. The track also hit # 20 on the Billboard Hot 100, becoming Oasis’ 3rd top 40 single according to that chart.

Guest guitar and backing vocals on “Champagne Supernova” were provided by the Mod-Father, and lyriquediscorde favorite, Paul Weller.

It took me a good long while to embrace Oasis. Between the fighting Gallagher’s and an Ex who was obsessed with them, Oasis had left a bad taste in my mouth (and ears, and feelings). But, I got over it. I forgave the dueling siblings. 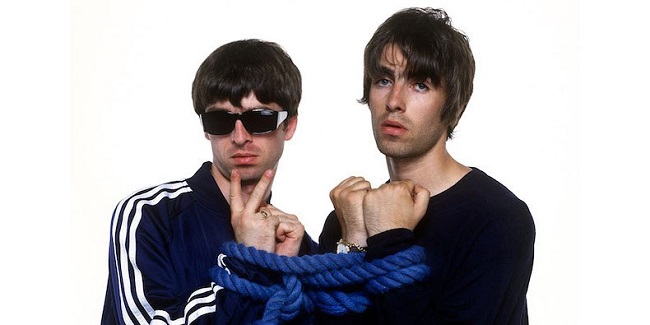 I got over the Ex-effect on their albums. I realized the songwriter that Noel was, and the harmonies and melodies, and just how sing-a-long-able their music is. I mean, Britpop is one of my all-time favorite musical genres, how could I not embrace their music?

This song, “Champagne Supernova”, I have actually sung myself. Okay, it was in a karaoke bar, and yes, I was surrounded by friends, and strangers who had been drinking, but I still got up there and belted this one out. The coolest part? When the bar all started swaying back-and-forth and loudly singing-a-long.

See, they have that sing-a-long-able quality. They really do.