Blur Self-Titled was released in 1997 by Food Records. It was their 5th studio album. Prior to its release Blur had been critical of American pop-culture and the band, and their previous albums, had become associated with the Britpop movement, especially Parklife. After their previous album, The Great Escape, Blur faced media backlash and relationships between the members became strained. 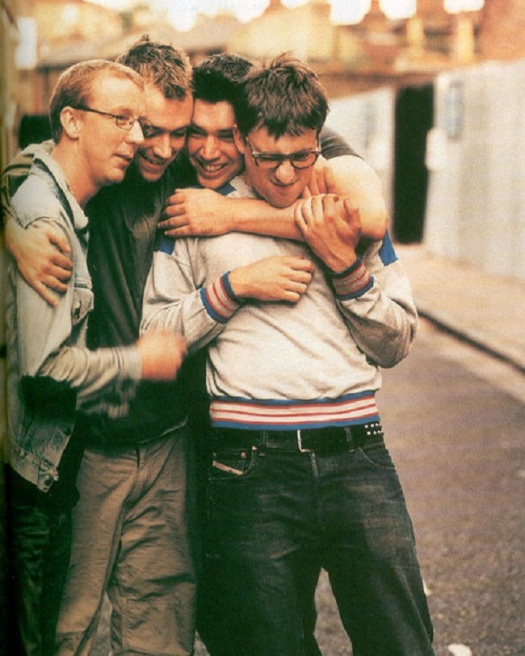 Under the suggestion of the band’s guitarist, Graham Coxon, the band underwent a style change. He was influenced by American indie rock bands such as Pavement. Surpisingly, the band was receptive to Graham’s recommendation.

Recording took place in London and Reykjavik, Iceland. Drummer Dave Rowntree described the music on the album as more aggressive and emotional than previous albums. Producer Stephen Street claimed that lead singer-songwriter Damon Albarn had started writing about more personal experiences while Graham revealed that listening to Damon’s lyrics made it clear to him that “he’d obviously gone off his head a bit more.”

Despite worries from Blur’s label, EMI, and the music press that the change in style would alienate Blur’s predomninately teenage fanbase and that the album would flop, Blur, as well as their lead single, “Beetlebum”, reached the top of the UK charts and the album was certified platinum.

The album also reached the top 20 in 6 other countries.

The sucess of the single “Song 2” led Blur’s Self-Titled to become the band’s most successful album in the US, where the Britpop scene had previously been unsuccessful.

The album received glowing reviews from most music credits, many praising the style change, as well as Damon’s improved songwriting. 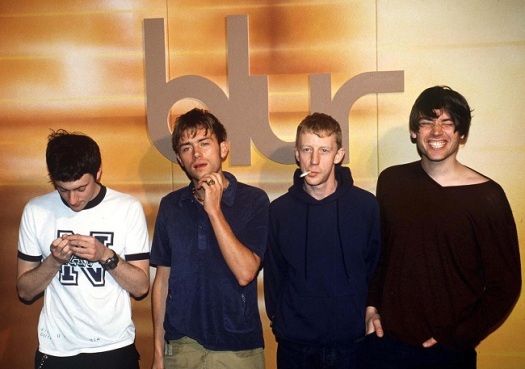 An early 1996 Q magazine interview revealed that relations between Blur members had become very strained; journalist Adrian Deevoy wrote that he found them “on the verge of a nervous breakup”.

Graham in particular, began to resent his bandmates; Alex James for his playboy lifestyle and Damon for his control over Blur’s musical direction and public image. Graham started struggling with a drinking problem and, in a rejection of the group’s former Britpop aesthetic, made a point of listening to nosiy American alternative rock bands, like the forementioned Pavement.

In the 2010 documentary on the band, No Distance Left to Run, Graham stated that he was getting more influenced by American guitarists.

He explained by saying:

“a lot of them were doing very interesting stuff with guitars and I needed to be nourished. I suppose as a guitar player and there was none of that happening in English music although English music was now more popular [so] I started listening to more stuff from the States from smaller labels.”

Although he had previously dismissed it, Damon grew to appreciate Coxon’s tastes in lo-fi and underground music, and recognised the need to significantly change Blur’s musical direction once again.

“I can sit at my piano and write brilliant observational pop songs all day long but you’ve got to move on.”

He subsequently approached Street, and argued for a more stripped-down sound on the band’s next record. Graham, recognising his own personal need to, as drummer Dave Rowntree put it, “work this band”, wrote a letter to Damon, describing his desire for their music “to scare people again.”

Do you think that Blur’s Self-Titled is an album that scares, or one might say, shakes the listener up? How does Self-Titled compare to Blur’s previously released albums, to you? Do you have a favorite Blur album?

I heard Self-Titled for the first time in a Tower Listening booth. Standing there in the LAB store that once was, with oversized headphones on my ears, I was transported to London and to a music movement that I was just discovering. My boyfriend at the time was a bit more well-versed, as he was a huge Oasis fan. But, he had only heard of Blur through the band battles that went on, not because of their music.

Self-Titled was the first Blur album I ever heard, so comparing to previous releases is a tough one to me. Although I can recognize the differences between albums, it is harder for me to see it as an evolution due to hearing them in reverse.

No matter the order, though, Self-Titled is my second favorite Blur album, coming in after Parklife. It belongs on the Quintessential Albums list because of the significance the album had to Blur’s style transition, Damon’s growth as a songwriter, and because it helped to spread the band’s music beyond the UK.

For me, it was my introduction to Blur, who are one of my all-time favorite bands. It also led me to other Britpop bands, like Pulp and Elastica, and to some extent Oasis, who are also among my favorite bands. 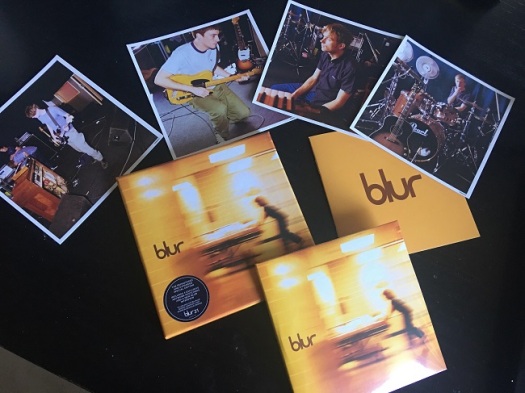 When visiting Portland, Oregon in 2012 I picked up Blur 21 at Music Millenium. It comes with photos from the studio when the band recorded Self-Titled, a second disc of additional previously unreleased tracks, and a booklet with commentary from the band on Self-Titled.

My Top 5 Songs from Blur’s Self-Titled

“I cut my hair off in the road.
I take my coat off dropped my load.
I wipe my hands on the grass.
Cause I know that nothing ever lasts.”

We hope you enjoyed this week’s Quintessential Album choice, Blur’s Self-Titled. Feel free to share your thoughts – we would love to read them.