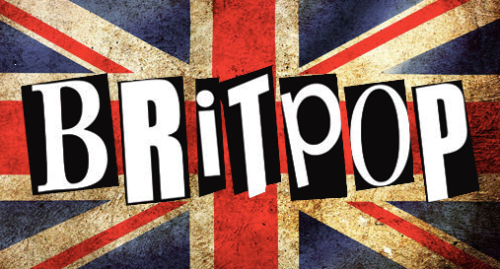 “There She Goes” :: The La’s :: Best Britpop Music Tuesday

The La’s is this Week’s Best Britpop Music Tuesday’s Band in the Best Britpop Spotlight, with their Big Hit Song, “There She Goes”. The Song was their Biggest Hit, and is a noted part of the Biggest Britpop Hits of All-Time List, that’s for certain. The Song was originally released in 1988, and then again at the start of 1989, both times failing to Chart. The Song was then remixed by Steve Lillywhite in 1990 to include on The La’s Self-Titled Debut Album. The Song became a Hit, Charting at # 13 on the UK Singles Chart, and # 49 on the US Charts. “There She Goes” is more Early 90’s Britpop Goodness, gifting The La’s a strong position in Early Britpop Royalty.

So, have a seat, adjust your speakers, or throw on a pair of headphones, turn that Volume Up, and let’s have a listen, and learn a bit, about one of the Best Britpop Bands and Songs with this Week’s Featured Artist, The La’s, and their Quintessential Single, “There She Goes”. 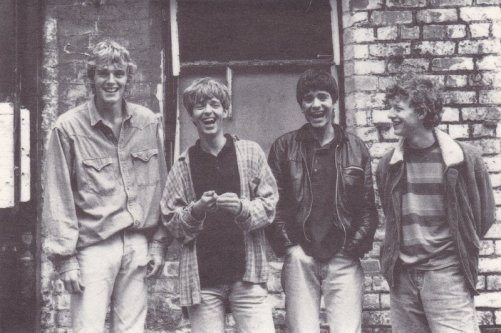 “There she goes.
There she goes again.
Racing through my brain,
and I just can’t contain,
This feelin’ that remains.” 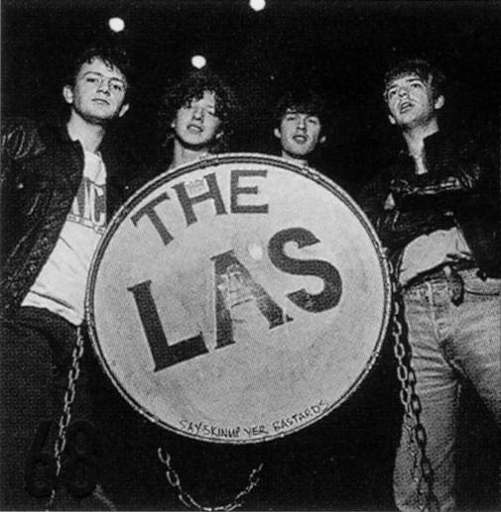 “There She Goes”, by the Band The La’s, was written by the Band’s Frontman, Lee Mayers.

The Song was Released as a Single Four Different Times!

The First Release of the Song, produced by Bob Andrews, was Released by the La’s in 1988, and barely scratched the UK Singles Chart, coming in at # 51. Andrews’ Production of the Song was Remixed by Steve Lillywhite, in 1990, in order for The La’s to include it on their 1990 Self-Titled Debut Album.

“There She Goes” would turn out to be the biggest Success The La’s would ever enjoy.

Structurally, the Song is very Simple and contains no Verses, only a single Chorus repeated 4 times, and a Bridge.

The Song gained a reputation for being about the use of heroin, possibly as a result of Lyrics like: “There she goes again…racing through my brain…pulsing through my vein…no one else can heal my pain”.

Several newspapers ran articles about The La’s and their apparent Ode to heroin. When asked if the rumors were true, in 1995, the Band’s Bassist, John Power, replied:

“I don’t know. Truth is, I don’t wanna know. Drugs and madness go hand-in-hand. People who you’ve known all your life…they’re steady, then they’re not. But you can’t ponder, ’cause it kills you, la.”

However, in the book, In Search of The La’s: A Secret Liverpool (2003) by MW Macefield, ex-La’s Guitarist Paul Hemmings denied the rumor, and added:

“Jeremy Fisher, you don’t know what you are talking about.”

“There She Goes” has been used significantly in several Film Soundtracks, including The Parent Trap, Fever Pitch, Girl, Interrupted, and So I Married an Axe Murderer (where both the Original, and The Boo Radleys’ Cover Version appear).

“There She Goes” :: The Boo Radleys

Besides the Boo Radley Cover Version (see above), Sixpence None The Richer, Robbie Williams and The Wombats have also Covered “There She Goes”.

“There She Goes” :: The Wombats

“There She Goes” :: Sixpence None The Richer

The Song was also used in an episode of Cold Case, and as part of the opening montage for the first episode of Channel 4’s UK Drama Series, This is England ’90, which also featured Margaret Thatcher’s resignation speech.

But, it is its use in the opening of the Pilot Episode of Gilmore Girls that had the biggest impact on me. Though I knew the Song in its 1990 Britpop High, it is that first moment in Gilmore Girls, with Lorelai walking down the street in Stars Hollow, on her way to Luke’s Diner, that will always come to mind first when I hear the Song. 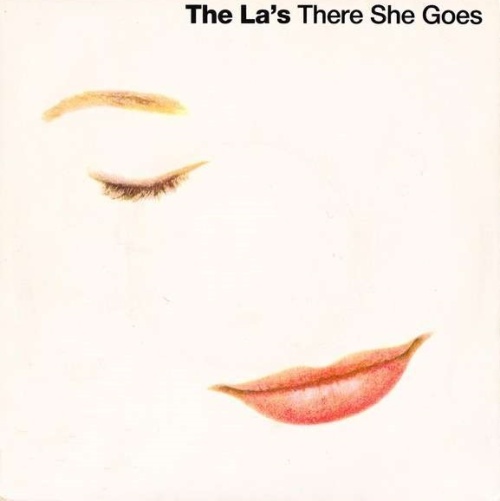 Thank you for joining us fro another Best of Britpop Music Tuesday, this Week Featuring The La’s Quintessential UK and US Hit, “There She Goes”, a Definitive Best of Britpop Song from The La’s 1990 Self-Titled Album.

WHAT DID YOU THINK OF THE SONG? WE’D LOVE TO HEAR FROM YOU, IN THE COMMENTS BELOW.

TUNE IN NEXT TUESDAY TO SEE AND HEAR WHAT BRITPOP GOODNESS WILL BE PLAYING RIGHT HERE AT LYRIQUEDISCORDE. UNTIL THEN, TURN UP THE MUSIC AND ENJOY.