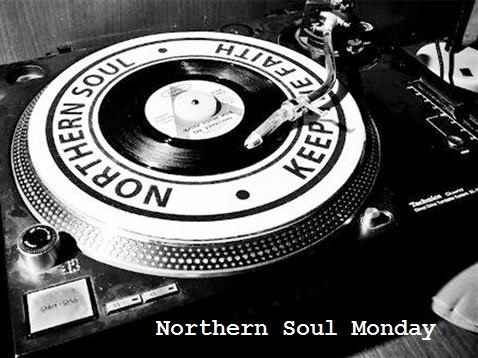 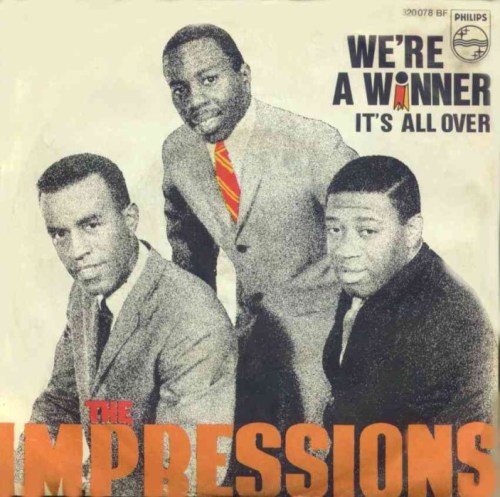 In this Week’s Installment of The Best of Northern Soul Music Monday we bring you a Northern Soul Classic from The Impressions called “We’re a Winner”. This Week’s Song is Heavy on the Soulful and is quite the Stunner to Listen to. One Listen will not be enough of this Quintessential Northern Soul Track, so be prepared to hit Play, again and again. And Turn this One Up – You won’t regret it. 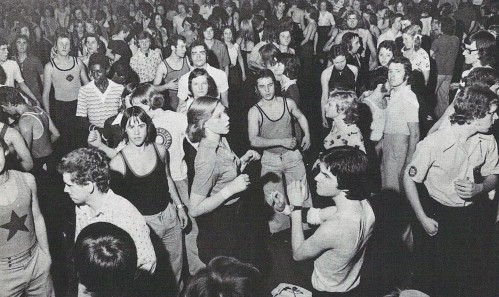 “We’re a Winner” is a 1967 Single recorded by The Impressions for the ABC-Paramount Label. Written and Produced by Impressions Lead Singer Curtis Mayfield, the Song is notable as one of the most prominent popular recordings dealing with the subject of Black Pride.

The concept for “We’re a Winner” came to Curtis Mayfield one night in a dream, he explained. The Musician says to have quickly woken himself up and ran with his inspiration. The resulting Song is an uplifting compilation whose Lyrics encourage the Listener that the time for self-pity is over, and that one should acknowledge his or her worth, even in the face of oppression and opposition.

Intended as an inspirational Song for the group’s primarily African-American audiences, Mayfield urged the audience to “Keep on pushin’/like your leaders tell you to”, meaning leaders of the Civil Rights Movement, such as Dr. Martin Luther King, Jr., Stokely Carmichael, and others.

To accentuate the Song’s uplifting feel, “We’re a Winner” was recorded with a Live Audience in the RCA Victor and Universal Studios in The Impressions “home base” of Chicago, Illinois. 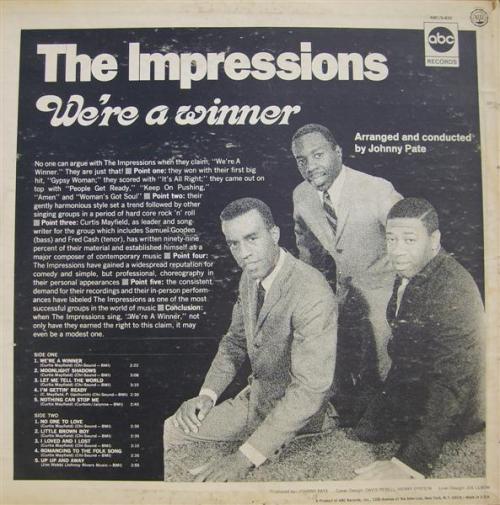 “We’re a Winner”, included on a 1968 Impressions LP of the same name (see above), became an Anthem for the Civil Rights Movement, and its success resulted not only in similar follow-ups from The Impressions (among them “Choice of Colors” and “This is My Country”), but also marked the beginning of a trend towards increasing Social Consciousness in Soul Music.

During and after “We’re a Winner”‘s chart run in 1968, several other Acts, including James Brown (“Say it Loud – I’m Black and I’m Proud”) and Sly & The Family Stone (“Everyday People”) were releasing successful Hits which directly addressed racial issues and Black Pride. 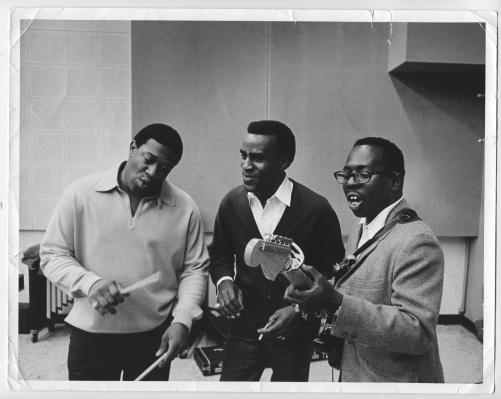 The phrase “We’re a Winner” would later be used as the Motto of Curtis Mayfield’s Record Label, Curtom Records.

“We’re a Winner” :: The Impressions