The album received critical acclaim upon its release. “Trouble Will Find Me” reached #3 on both the Billboard 200 and the UK Albums Chart. The album was also nominated for “Best Alternative Music Album” at the 56th Annual Grammy Awards.

The National began writing “Trouble Will Find Me” towards the end of the band’s tour in support of their fifth studio album, “High Violet”.

Matt Berninger became inspired by guitarists Aaron and Bryce Dessner’s recent demo recordings, and subsequently completed his writing contributions to the album’s opening track, “I Should Live in Salt”, a day after hearing their demo tracks. Bass guitarist Scott Devendorf noted, “Our typical way of working was to send stuff to Matt, then wait a while to get some mumbles back. He seemed really motivated and engaged with the new stuff.”

The band began recording “Trouble Will Find Me” in late September 2012 at Clubhouse Studio, which was modeled after the late 19th century barn-turned-Inn that the band stayed in.

Bass guitarist Scott Devendorf stated that Clubhouse was chosen primarily to establish camaraderie amongst the band, noting: “The impetus to record upstate– cooking, eating, working, hanging out together – was to achieve this music-camp feel.”

The first four days of recording were interrupted by heavy tornado-like winds which subsequently led to a power outage. Guitarist, keyboardist and co-producer Aaron Dessner noted, “That night, by candlelight in the total darkness, we got really drunk and played the songs acoustically. It was the kind of scene that has never happened in the history of our band — and will never happen again.”

The band later relocated to Dreamland Studios – located within a converted 19th century church, in West Hurley, New York – to record the track, “Fireproof”, entirely live. Inspired by the session, the band returned to Clubhouse and recorded both “Sea of Love” and “Heavenfaced” as one-take live performances. Recording at Clubhouse, however, was once again derailed by Hurricane Sandy.

Matt Berninger has stated that he enjoyed the writing process for Trouble Will Find Me noting, “In the past, it’s been hard to enjoy writing – like getting drops of blood from your forehead – but I loved the process for this record. I think a lot of it was because I wasn’t worried – I didn’t care what the songs were going to be about, or if they were going to seem depressing, or cool, or whatever.”

I fell in love with Matt Berninger’s voice, and The National as a band, back in 2008 when I first heard the song “All the Wine” from their 2005 album, “Alligator”. My love grew when I started to devour other albums, especially “Boxer”, which held three of my all-time favorite songs of the band’s, “Slow Show”, “Mistaken for Strangers” and “Fake Empire”. The album, “High Violet” had me spinning and swooning, too, becoming more and more addicted to the slightly odd lyrics and Matt’s emotionally-blowing voice.

“Trouble Will Find Me” has taken my love for the band and blown it right up, making The National now one of my favorite bands. “I Should Live in Salt” breaks me in the best way and “Fireproof” has recently been doing the same, dismantling my heart and bringing tears along with each line.

Heartbreak and regret live in these songs, to me, as does this just out of reach feeling of hope. I feel cord connected with so many of the songs on this album, and with every new listen I seem to feel something more.

Don’t you just love when an album can do that?

“I Need M Girl” and “This is the Last Time” have found their ways to many a playlist and music mix, delivering mood and memory with every play.

Now I just need to see them play live. I’m pretty damn sure that when I do I will be even more madly in love with Matt and the band.

1. I Should Live in Salt

“Don’t make me read your mind,
you should know me better than that.”

“You keep a lot of secrets,
and I keep none.
Wish I could go back,
and keep some.”

5. This is the Last Time

“Oh, but your love is such a swamp,
you don’t think before you jump,
and I said I wouldn’t get sucked in.” 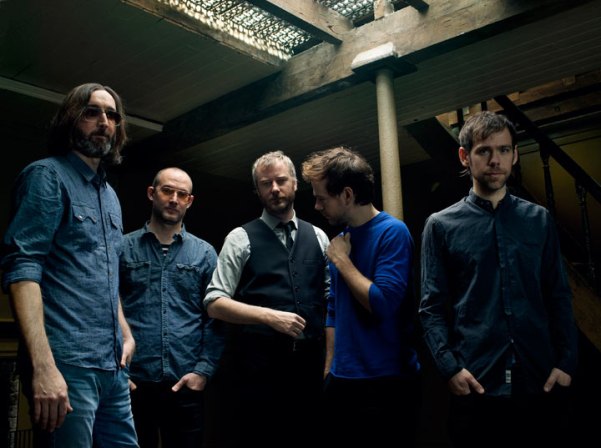