In 1992, I became a parent, giving birth to my amazing daughter Julia in the middle of January. I was young, very young, maybe not “teenage pregnancy” young, but to me, at 23, I felt so very young. I had only just moved out into the world the year prior, and was still sorting through who I was and what I wanted to do with my life.

It was an overwhelming year, fraught with heavy emotions and the push and pull of a relationship that was unraveling. All that said though, the presence of my daughter in my life shifted my priorities, my focus and my inner strengths. Music and my daughter really held me together and helped the mold begin to form in who I would become. The world looked so different through my eyes then, with her eyes looking up at mine.

I did not watch a lot of television that year, though I did manage to see a few live music shows, and saw a lot of movies. I rented a ton of movies, too, wearing out my Hollywood Video card as I filled in the sleepless nights that new life brings. I would do a little road tripping, too, mostly back and forth to San Francisco. 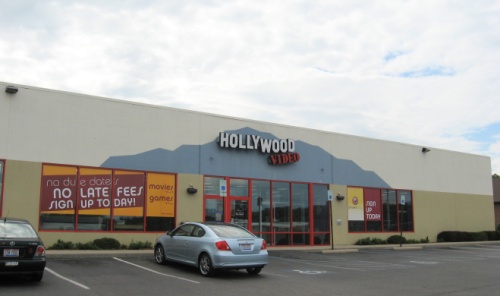 A few I saw more than once in the theater, and are favorites of mine still today.

What are some of your favorite movies from 1992?

I’m a sucker for these kind of movies — dance movies, skate movies, even gymnast movies. This one was honestly one of the few real “romantic comedy” type films of the decade in the more “traditional” sense. It is still one of those movies that I always leave on if I come across it, and really should add to my collection someday. 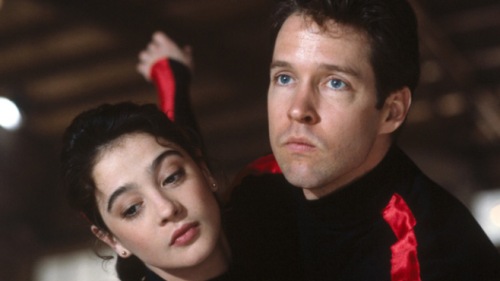 “It was the same for both of us. It was like we’d finally met our twin. Can you grasp that? Here we were from two different worlds, and yet when we were alone, together we made the same person. In his arms I knew who I was, Shade. Just Shade. That was more than enough.”

I’ve always loved movies like this, indie films set with smaller stories that feel intimate and unpredictable (also, I love the director, Allison Anders). I loved Ione Skye (still do) and this is around when I first started noticing Fairuza Balk (where has she gone? I miss her). The book I’m writing is set somewhere that feels like this movie, not quite the same, but something in its mood and motion.

I love movies about Los Angeles. Also, what a cast this movie has — Laura San Giacomo (where did she go?), Dermot Mulroney, Will Smith, Ricki Lake, Lara Flynn Boyle, Kyle McLachlan — I could keep going! I went and saw this by myself, twice.

“Right. I’m the chosen one. And I choose to be shopping.” ~ Buffy

Before there was the beloved series there was this movie that was a favorite of mine in 1992. I have always — ALWAYS — been a sucker for a vampire story, and I loved this new take on the “Van Helsing” type character. The writing is witty and hilarious; a keen look at early Joss Whedon’s work.

A drive-in movie for certain, twice I think, and once in the regular theater. I’ve been a Bruce/Raimi/Evil Dead franchise fan for as long as I can remember, and this one is my favorite. My friends and boyfriend and I quoted this movie constantly back then (I still do).

So many great performances in this. This is still one of my comfort movies that will always cheer me up when I watch it. I love the camaraderie, the female led cast, the friendships, and the cast — so much.

“Mistletoe can be deadly if you eat it.” ~ Batman

“But a kiss can be even deadlier if you mean it.” ~ Selina/Catwoman

On word — CATWOMAN. I love Michelle Pfeiffer’s take on Catwoman/Selina Kyle, it is my absolute favorite. I fell hard for her character in this, and even dressed up as her for Halloween this same year.

“I’ve always been able to do this, break up with someone and never look back. Being alone: there’s a certain dignity to it.” ~ Janet Livermore

The first time I saw this movie it was hard to watch in parts, especially the story line with Janet and Steve’s unexpected pregnancy, and because I went their with the man I’d just had an unexpected baby with. Then I went and saw it again, with some friends, and though there were still parts that hit me and my life in that year, I was able to take it all in differently. I ended up really loving and connecting to Bridget Fonda’s (another actor that I have to ask – where is she?) character, Janet. 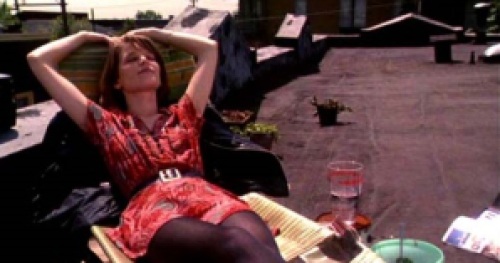 “When this kind of fire starts, it is very hard to put out. The tender boughs of innocence burn first, and the wind rises, and then all goodness is in jeopardy.” ~ The Log Lady

This movie meant so much to me when I saw it. The television series, and the book of Laura’s diaries, were favorites of mine and I just felt so lost in all of it (in the best way). This film was very emotional to me (side note: I remember the first theater we saw this in, my boyfriend at the time and I, we were able to smoke in the theater — back when I smoked — hard to imagine now).

“I have crossed oceans of time to find you.” ~ Dracula

Since I was a very small girl I have been enamored by vampires and vampire lore. Bram Stoker’s rendition, and Frances Ford Coppola’s version of his rendition, is one of my favorites (especially for Gary Oldman, Winona Ryder and Tom Waits). This is the first movie I saw in the theater after having my daughter.