I’m sure it was Shock the Monkey that introduced me to Peter Gabriel (so heavily played on MTV when I was a teenager), though it would be the album So, and the movie Say Anything, that would grab hold of my attention, and find me falling hard for his music. I really should do a Quintessential Album Feature on the album So because I love every, single song on it, and have played it, and owned multiple copies of it, since it was first released. It is definitely one of my all-time favorite albums. 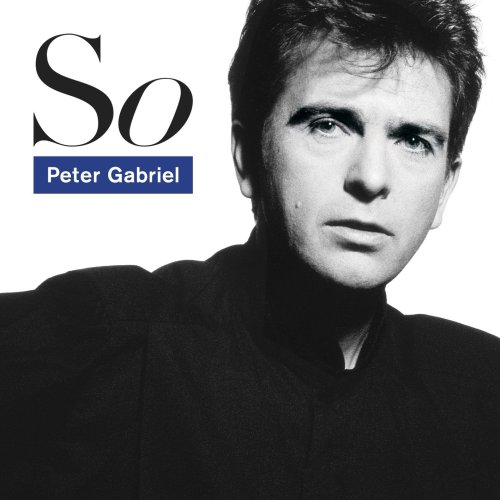 After So, I didn’t stop. I started to listen to older albums, and started to discover his earlier music, finding favorites in the exploration I also found myself quite taken with the “feels like a break-up album” album, Us (or maybe it is because I was going through a break-up when it was released, and I played it obsessively).

Lyrically, Peter’s songs slay me, especially in some of his more personal seeming songs. The lyric “I come to you defenses down, with the trust of a child“, from the song Red Rain, always brings me to tears.The lyrics from In Your Eyes, especially these – without a noise, without my pride, I reach out from the inside – also gets me every time. Both songs, and lyrics, are so intimate and vulnerable and beautiful, and at the same time, heartbreaking. It hits me deep, and never lessens its impact. 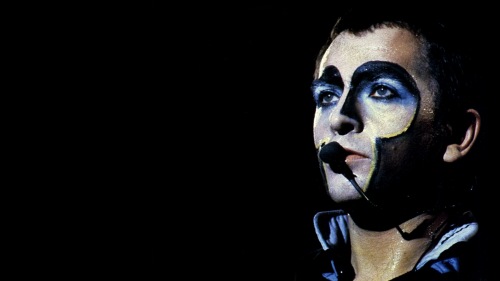 Peter Gabriel is an English singer-songwriter, musician and humanitarian activist who rose to fame as the original lead singer and flautist of the progressive rock band Genesis. After leaving Genesis, Gabriel went on to a successful solo career, with Solsbury Hill his first single. His 1986 album, So, is his most commercially successful, and is certified triple platinum in the UK and five times platinum in the U.S. The album’s biggest hit, Sledgehammer, won a record nine MTV Awards at the 1987 MTV Video Music Awards, and it remains the most played music video in the history of MTV.

Gabriel has been a champion of world music for much of his career. He co-founded the WOMAD festival in 1982. He has continued to focus on producing and promoting world music through his Real World Records label. He has also pioneered digital distribution methods for music, co-founding OD2, one of the first online music download services. Gabriel has been involved in numerous humanitarian efforts. In 1980, he released the anti-apartheid single Biko. He has participated in several human rights benefit concerts, including Amnesty International’s Human Rights Now! tour in 1988, and co-founded the WITNESS human rights organisation in 1992. Gabriel developed The Elders with Richard Branson, which was launched by Nelson Mandela in 2007.

Gabriel has won three Brit Awards, winning Best British Male in 1987, six Grammy Awards, thirteen MTV Video Music Awards, the first Pioneer Award at the BT Digital Music Awards,[ the Q magazine Lifetime Achievement, the Ivor Novello Award for Lifetime Achievement, and the Polar Music Prize. He was made a BMI Icon at the 57th annual BMI London Awards for his “influence on generations of music makers“. In recognition of his many years of human rights activism, he received the Man of Peace award from the Nobel Peace Prize Laureates, and TIME magazine named Gabriel one of the 100 most influential people in the world.

Peter was born in Chobham, Surrey, England. His father, Ralph Parton Gabriel (who lived to the age of 100!), was an electrical engineer, and his mother, Edith Irene Allen, who was from a musical family, taught him to play the piano at an early age. He attended Cable House, a private, primary (pre-prep) school in Woking, Surrey, St. Andrews Prep School in Horsell, then Charterhouse School from 1963. He played drums in his first rock bands, and Mike Rutherford commented in 1985 that “Pete was—and still is, I think—a frustrated drummer”.

Gabriel did not title his first four solo albums, which were all labelled Peter Gabriel using the same typeface, but which featured different cover designs; in all of these designs, Gabriel’s face is wholly or partially obscured in some way. The albums are usually differentiated by number in order of release (I, II, III, IV), or by sleeve design, with the first three solo albums often referred to as Car, Scratch and Melt respectively, in reference to their cover artwork. His fourth solo album, also called Peter Gabriel, was titled Security in the U.S. at the behest of Geffen Records.

After acquiescing to distinctive titles, Gabriel used a series of two-letter words to title his next three albums: So, Us, and Up. His most recent greatest hits compilation is titled Hit; within the two-CD package, disc one is labelled Hit and disc two is labelled Miss, an echo of the 1996 compilations by Joni Mitchell entitled Hits and Misses. 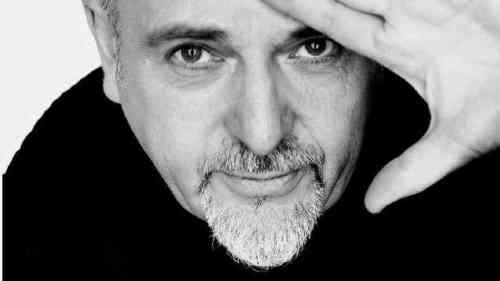 Following are my Top Ten favorite Peter Gabriel. Will you share yours with me?

1. Red Rain
from the album, So

“I come to you defenses down,
with the trust of a child.”

“Today I don’t need a replacement.
I’ll tell them what the smile on my face meant.
My heart going boom, boom, boom.
Hey, I said, you can keep my things they’ve come to take me home.”

3. Mercy Street
from the album, So

“All of the buildings,
all of those car,
were once just a dream,
in somebody’s head.”

4. In Your Eyes
from the album, So

“All my instincts,
they return,
and the grand facade,
so soon will burn,
without a noise,
without my pride,
I reach out from the inside.”

5. I Have the Touch
from the album, Security

“I’m waiting for ignition,
I’m looking for a spark.
Any chance collision and I light up in the dark.
There you stand before me,
all that fur and all that hair.
Oh, do I dare?”

6. Here Comes the Flood
from the album, Peter Gabriel

7. Digging in the Dirt
from the album, Us

“Digging in the dirt,
to find the places we got hurt.”

“Rest your head,
you worry too much,
it’s going to be alright.
When times get rough,
you can fall back on us,
don’t give up,
please don’t give up.”

9. Games Without Frontiers
from the album, Peter Gabriel

10. I Go Swimming
from the album, Plays Live

“I need water,
water to drink
water on my brain,
water sustain,
water over me.”