Growing up, the place to see a movie was the Cinedome 20 in Orange. Every big movie I saw as a young girl, adolescent, and even into my twenties was at this theater. I stood in line for hours for many a new release, actually stood in the aisle for some of them (they didn’t pay much attention to capacity laws), and did my fair share of movie-hopping, especially in my teen years, often spending a weekend day there trying to see as many movies as I could. 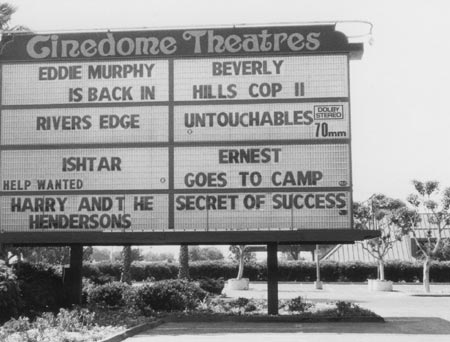 For #ThrowbackThursdays, I thought I’d pick a year each week from my youth/adolescent/early adulthood and to a Top 10 movies from that year. These are not necessarily the “best” in any cinematic kind of way, some may be cheesy and not necessarily stand the test of time, and these lists may not reflect what any film school or scholar would publish, these are just my favorites from years past. Ten isn’t enough in most cases, so there will be movies I love left off, but that’s the nature of lists.

Some lists may be repeated from past posts, as I started a similar project awhile back, but I wanted to do a restart and not miss any years in the process.

I’d love to know what some of your favorites are from the year selected, too, so please share in the comments.

“Having a luck dragon with you is the only way to go on a quest.” ~ Falcor

A fantasy version of the coming-of-age/quest genre filled with magic, dragons (I still want a Falcor), terrible sadness, persistent courage, hope and wonder. I loved that it was a story about a lonely boy who gets lost in a book and a boy trying to save his world from the great nothing of sadness. I also loved that it didn’t soften the edges, that there was pain and heartache, but also joy and bravery.

Music movies are a favorite of mine, and there were a lot of them in 1994. I was also a big fan of movies with dancing in them, as well as stories about people overcoming struggles and obstacles. As a parochial school girl I related with the desire to buck against rules and religion, though at 15 I was too shy to rebel that way. 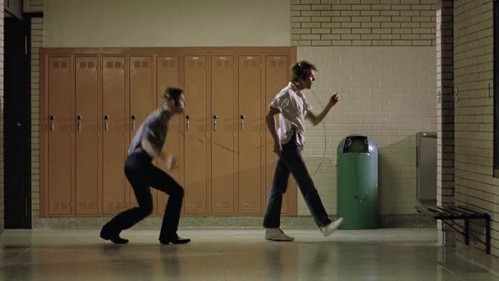 “Look at those palm trees. Damn! You know what that means?” ~ Lucille Larusso
“Yeah. Watch out for falling coconuts.” ~ Daniel

Another story of someone rising above obstacles, this one set in Los Angeles (another favorite of mine are stories set in Los Angeles). At the time, I remember enjoying the romance a lot and the fact that Daniel stood up to his bullies, now when I watch I relate to Lucille’s challenge of trying to make a life for her and her son, and the struggle of moving to a new place, especially when the change has rough consequences for your child. The movie was also filled with great quotables that my friends and I used a lot, like “wax on, wax off“.

Before there was The Walking Dead and the plethora of post-apocalyptic/dystopian Hunger Games and “Factions“, there was the Cold War panic, Russian fear, and Red Dawn. I loved the friendships and the courage that this story told of, and the fact that it was a group of adolescence fighting back to save their town, and country. I also liked that the girls were as ass-kicking as the boys.

“Look, I know you’re gonna be going places with your music and stuff and… and I’m not the kind of guy to be carrying your guitars along for you. But if you ever need me for something… I’ll be there.” ~ Tom Cody

I love Diane Lane, always have, and as I’ve mentioned before, I love music movies. What a great cast – Lane, Michael Pare (whatever happened to him?), Willem Dafoe, Amy Madigan, Bill Paxton, Elizabeth Daily etc., and awesome soundtrack. I went as Ellen Aim to a Halloween party that year.

5. Night of the Comet (1984)
Written and Directed by Thom Eberhardt

“You were born with an asshole, Doris, you don’t need Chuck.” ~ Samantha

“The night the teenagers ruled the world” was the tagline, so how could I not have loved this movie at 15? Sharp, witty dialogue, completely 80’s soundtrack, strong (and funny) female leads, this movie was so fucking fun. I saw this one at the Cinedome theater, and the drive-in.

“Forgive me, Majesty. I am a vulgar man! But I assure you, my music is not.” ~ Mozart

Another music movie, and an amazing one at that. Classical music with a rock star sensibility (including sexual escapades, narcissism and mental illness). The characterization and the acting, especially from Tom Hulce (Mozart) and F. Murray Abraham (Salieri), was unique and utterly fantastic.

“Ladies and gentlemen… The Revolution!”

A semi-fictional music biopic with a fantastic soundtrack, I fell hard for Purple Rain the first time I saw it, also at the Cinedome theaters. I saw it about six or seven more times in the theater at the mall, and at the drive-in, and nearly wore out my copy of the soundtrack. I always wanted to be either Wendy or Lisa, in The Revolution.

A precursor to movies like Her, Electric Dreams tells the story of a shy and socially awkward boy (oh my stars, Maxwell Caulfield was so pretty in this) who falls in love with the girl next door (or actually downstairs) while his computer also falls in love with her (a different twist on the love triangle). I loved the soundtrack to this one, too.

Oh Molly Ringwald, oh “Jake Ryan”, oh 16 Candles, how I loved (and still love) you. I saw this at a converted casino turned movie theater on Catalina island with my Grandmother who put away her shield of morality and actually enjoyed it almost as much as I did, laughing so much through it with me. Molly is only a year older than I am, so her roles were always so spot on with my stage in life – I just adored her, and her role as Samantha (Sam) Baker. 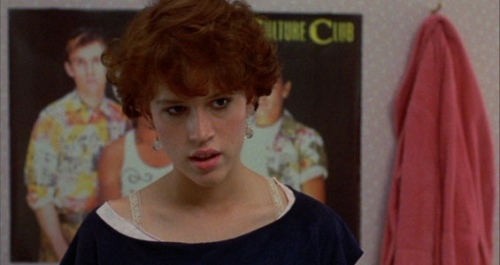