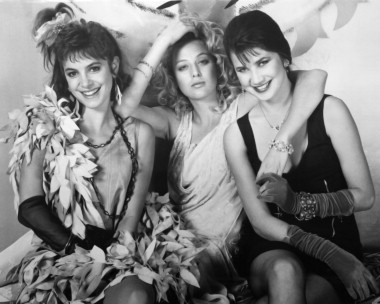 It has been a long time since I took a “disco nap” before going out to clubs in Hollywood with my best friends, but there was a time that it was part of a few times a week routine (sometime most of the week routine, actually). Though not every night was an adventure, we certainly had our share. This movie was a favorite of ours to watch as it was so relevant to our life then. I watch it now, and it brings it all back. I remember always relating the most to Margo. Is there one of the girls, or guys, in this that you relate to the most?

For a year or so, one of my dearest friends and I watched it every Saturday night. The other nights of the week, that year or so, we lived the movie in Hollywood. I love movies that encapsulate “one night in the life“, and I love movies about Los Angeles, especially when captured in a way I know/have known Los Angeles.

Also, the soundtrack includes my favorite Depeche Mode song –But Not Tonight.

But Not Tonight :: Depeche Mode