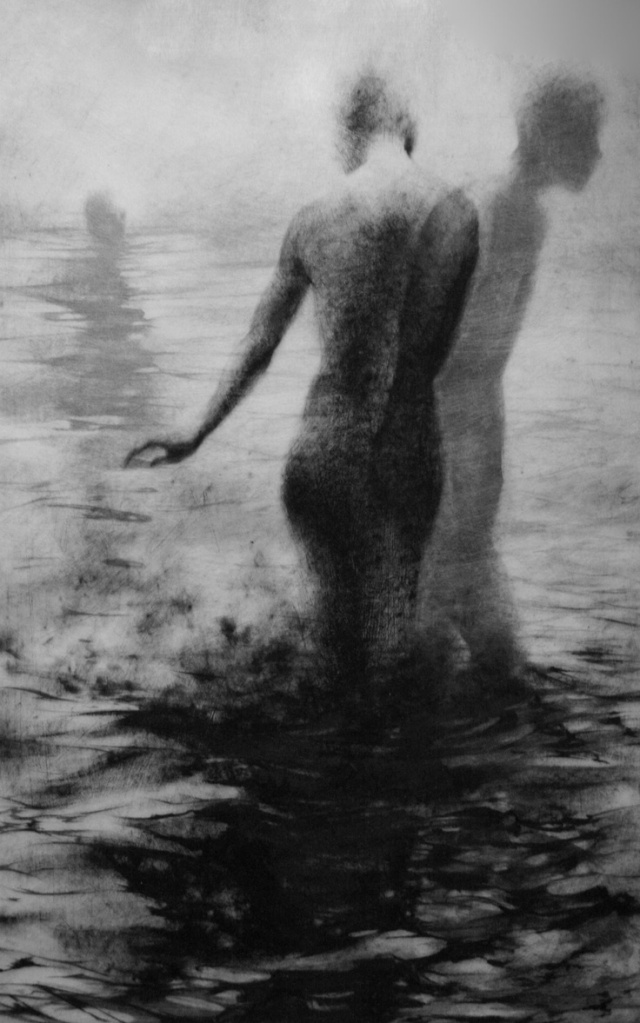 Summer fades into the shadows of used to be as the grey clouds shade in the open spaces in the sky. The water threatens to pour down on the sleepy town as only the locals now gather, trading stories from the drifters and the rich folks from the city, the marks they leave will wash away after the first real rain. Lake wonders if she looks any different now, if the touch of a stranger shows in her eyes, if she has the residue of skyscrapers and neon has left patterns on her skin. She left her number in his blue jean pocket and he promised to call as he kissed her that long last time.

Should she have asked to come along? Could she have left just like that, never turning back, her family still sleeping and none the wiser. Who would open the shop on Sundays then? Who would remember to order the only kind of cereal old Mrs. Harris will eat? Would they have done just fine without her?

For a moment, at the ocean’s edge, when he was still there, watching from a higher vantage point, bare feet leaving patterns in his wake, she had felt her body split in two. Half belonged to the girl who did as she was told, tying an apron around her waist and unlocking the door in the early mornings, serving dinner for for father and three brothers, all left behind. The other half was the one that looked like her mother, careless and free, dancing circles in the waves and mouthing the words “take me with you” to that boy on the sand.