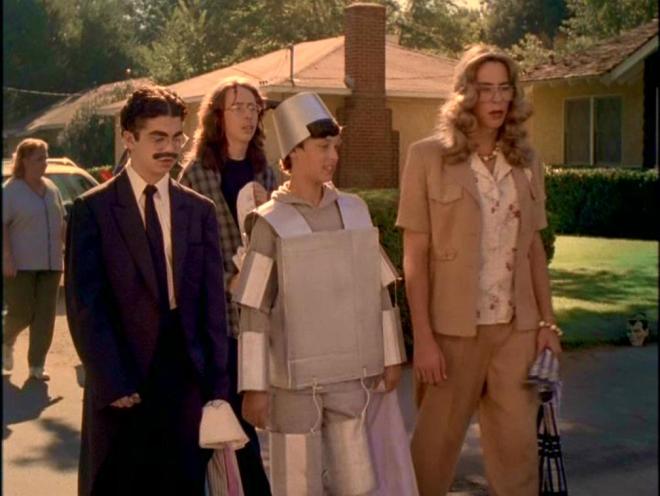 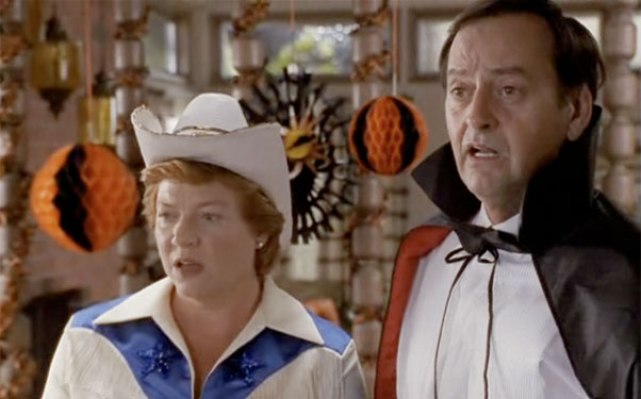 In continuing with the Spooky October theme here at lyriquediscorde, this Thursday’s Halloween on TV feature is the Freaks and Geeks Halloween special entitled “Tricks and Treats”. Keep reading to discover my picks for the best moments, music, costumes and any other tricks or treats that can be found in this episode of one of my favorite “short-lived” shows. “Tricks and Treats”, Episode 3, airing originally on October 30, 1999. 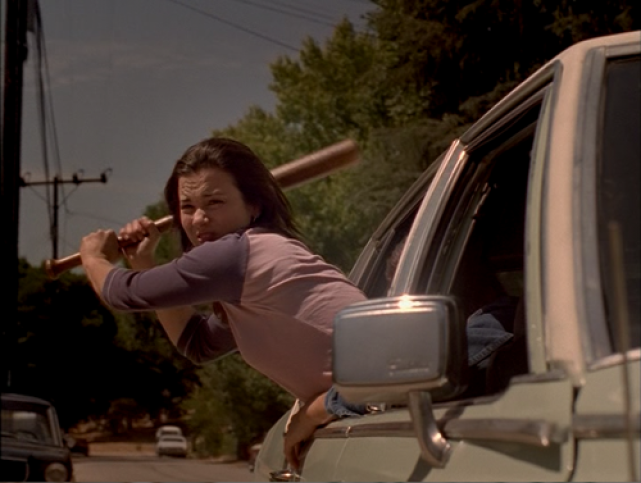 There comes an awkward time in most people’s lives, that typically hits during adolescent, when the childhood joys of Halloween become questionable, and many “not kids/not adults” teeter on that razor’s edge of whether they should dress-up and “trick or treat”, or dress down and terrorize said “trick or treaters“. This is the age, too, when most teens have not yet graduated to the Halloween parties because, well, most teens are still living at home and a cool party and a chaperoned party are never the same thing. Lindsay and Sam are at that crossroads and choose different sides of the edge, neither enjoying their Halloween choices in the end. 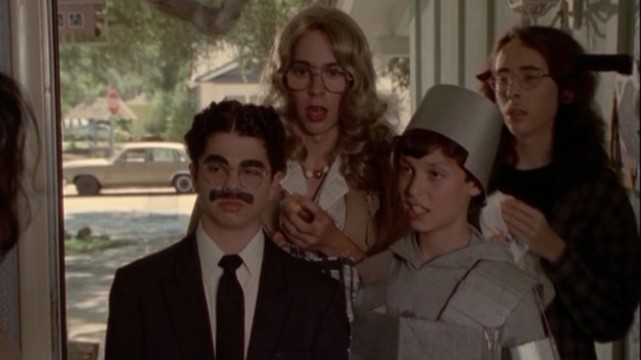 “That’s only in your temple, Neil, not in the real world.” ~ Bill “If I were the Bionic Woman, what would I wear?”

Without any doubt or question, it is Bill as the Bionic Woman who just makes this episode for me. His conviction to his costume and character, even if honestly he is just wearing his Mother’s clothes, is perfect. I adore Bill and his sincerity and naivete, the one character that really seems unaffected by the confusion and conflictions of being a teenager on Halloween, no, on the contrary, he just seems in it to have fun.

Elsewhere, it is a more painful experience. Sam and Lindsay’s Mother feeling the inevitable rejection of your kids not wanting to be with you for Halloween, especially Lindsay. Re-watching it now it reminded me of the last Halloween when my younger daughter chose to take off with her friends instead of the routine and traditions we had. In the end I was happy to see her enjoying her friends and her small sense of freedom (I remember that first time trick-or-treating with just my friends, it was so exhilarating and “grown-up” feeling), but I also had a notable pang of sadness and hurt that I recognize in this episode.

Lindsay chooses to not dress-up, to hang with her friends, and to take on all the tricks of smashing pumpkins and egging costumed kids, including her brother and his friends. She always frustrates me in this episode. Though I get her pull and her motivations, and her inner conflict, I just can’t stand the choices she makes. Maybe this comes from growing up in a neighborhood where Halloween pranks were unheard of, and then also being the Mom of a young son who had his pumpkin smashed, and how devastated he was from it. 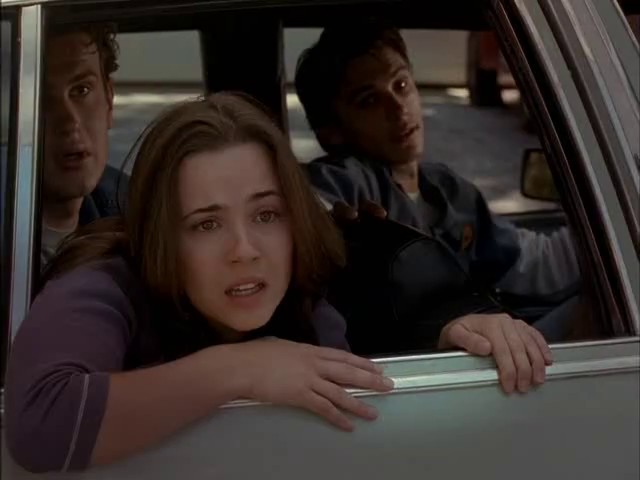 There are four songs used in the episode, and I’d credit two as my favorites.

Sam and Lindsay’s Mom singing Monster Mash, and the cringing that is conveyed so well as your Mother sings at the table, it is palpable, you can feel it watching it, that second-hand embarrassment. It sets up the disappointment that she will inevitably feel when her plans with Lindsay are squelched.

Good thing my kids still know that it’s my favorite Halloween song, and don’t seem to mind me singing, or at least they humor me into believing.

The best part is that Gonna Raise Hell plays over Sam and his friends costuming-up, and not over Lindsay and Daniel and Kim and the gang driving off to actually raise Hell. 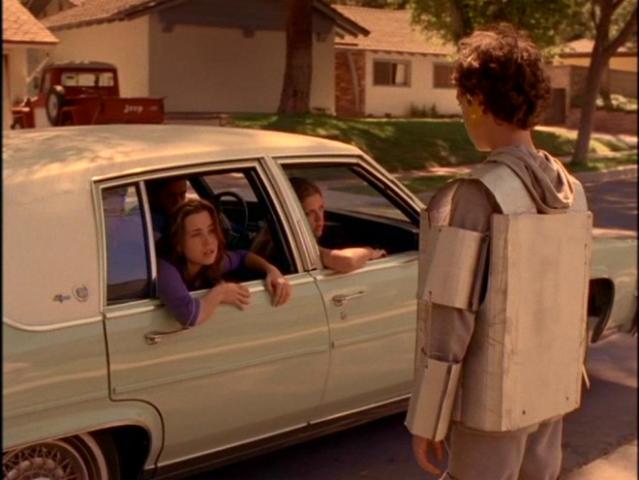 Have I mentioned Bill’s epic Bionic Woman costume? I wish I could hangout with Bionic Bill for a Halloween. I wouldn’t mind borrowing his lipstick. 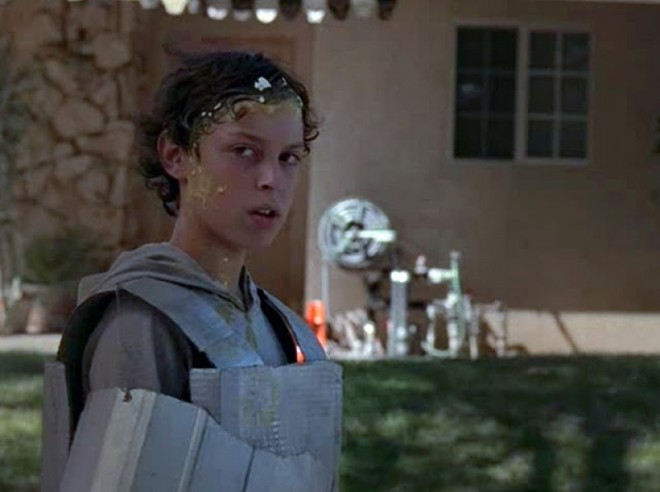