The song that always comes to mind as soon as October begins is The Ghost in You by The Psychedelic Furs, it is that first song I go to, the first song I play. The band is a forever favorite of mine, a band that my oldest friend first discovered, and it was her copies of their albums that I first borrowed, made cassette tape copies of, and fell hard for. Their music isn’t spooky necessarily, and neither is The Ghost in You as a song, but there is something soulful to it, something forever and endless, a song, and a band, I never grow tired of hearing.

2. Cabin in the Woods 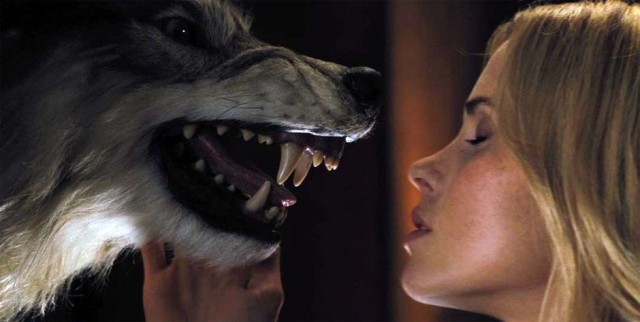 My husband and I saw this movie on opening night, the theater so full we had to sit in the front row, and yes, our expectations were sky high especially since Joss Wheadon was involved. The movie did not disappoint, no, it actually well exceeded anything we hoped it would be, quickly becoming one of my all-time favorite movies. It is smart, with sharp and witty dialogue, it satirizes horror tropes without cheapening them or becoming too broad stroked, and it was full of surprises (starting from the “are we in the wrong theater” beginning).

Returning next Wednesday is the anthology series of terror, American Horror Story. This time the series takes on the carnival/freakshow of old, and I anticipate really loving this season. I read a book awhile back (Dreamland Social Club) based around a group of young friends who were descendants of the “freakshow” element of Coney Island that I loved, and I hope they touch on some of the feelings of being both a societal outcast, and a significant part of an inclusive group, giving a conflicting existence of belonging, and not belonging.

I have been a fan of vampire mythology and fictional storytelling since I was a little girl, and have devoured most books and films I could get my hands on (yes, even the sparkly ones). Lost Souls, by Poppy Z. Brite, is by far one of my all-time favorite vampire stories, one that has been far too long since I’ve read (I need to remedy that this month, I think). Set in Missing Mile, North Carolina, at a club where the disenchanted goth kids come to gather, we meet Ghost, Nothing and Ann, three characters that you will not quickly forget meeting.

5. A Discovery of Witches by Deborah Harkness
Audiobook
Narrated by Jennifer Ikeda

Part one of a three book series, Discovery of Witches is more than a story of witches and vampires and other monsters, though it is full of all of the above, but more of a historical adventure story full of romance and intrigue and libraries. This was a different read than I expected, and the audio book captured me, keeping me enthralled with the lives of Diana and Matthew, and both of their families. I have yet to read, or listen to, the next two in the series, but they are there waiting in my Audible queue.

A collaborative game best played with a group of four or more, Last Night on Earth is like a zombie movie, or The Walking Dead, come to life. Each team plays either a zombie horde, or a group of survivors hoping to, well, survive, if you choose to be the latter you receive character cards that tell you who you are, what your strengths may be, and even a little personal detail that help you embody, and best utilize, your part of the team. This is my son’s favorite of all our board games (he likes to be part of the zombie horde, preferably with me on his undead team).

The picture above is a poster that illustrates all of the characters from the Sandman series, a poster my oldest daughter has on her bedroom wall. This was my first comic series that I loved enough to collect and obsessively read, talk about, and recommend to people, and it still holds up after multiple re-reads. I still hope to someday see a cinematic version of this series, hopefully for a cable or internet showcase, as I think the characters are so rich and vivid, and potentially immensely watchable.

I do wish this was out already as I’d like to watch and review it as a companion piece for my “Final Girls” series I’m doing every Monday in October. The cinematography in this is slightly off-putting, giving the film an off-kilter feel reminiscent of some of the British horror films of the 1960’s. I enjoyed Abigail Breslin quite a bit in the horror film Haunter, so the fact that she’s starring in this makes me even more interested – oh, and Wes Bentley, too.

A somewhat unexpected musical pairing, one my Mom would describe as “that song you love with that beautifully voiced woman singing with a muppet” back when it was released, and I played it non-stop, is one of my all-time favorite duets. I love the dynamic between them, the differences, and the storytelling aspect. This is one of those songs that I’ve written to, and created stories about, over the years. 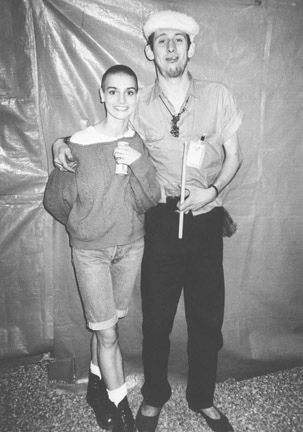 10. Monster Mash  by Andrew Bowser
featured on Nerdist
“It Came From YouTube” and my husband

From Director Andrew Bowser comes a comedy short that both pays homage to and satirizes the Zombie genre. In the adventurous tone of 80’s favorites like Monster Squad and Weird Science – Monster Machine follows inventor Vincent Dooly and his best friend Terry Futterman as Vincent unveils his latest creation. Will this machine be Vincent’s masterpiece, or will it unleash a dark power that no man can possibly control?