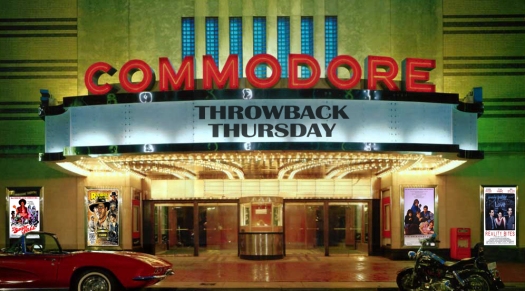 1994 :: The Year In Movies
Throwback Thursday

For part two of 1994’s Throwback Thursday feature is my Top 10 movies of 1994. One things for certain, while trying to trim down a list of movies I love from this year I realized how much time I spent going to the movies in 1994. All the movies on this list I saw at the theater, and not later as video rentals. Many of these I saw multiple time at the theater even.

All of these movies are ones I have in my personal collection now, either on VHS tapes or DVD’s, a few on Blu-Ray (I am slowly trying to build a Blu-Ray collection). These movies remain favorites of mine, are endlessly re-watchable, and mean a great deal to me both in memories of the year they released, and in the way the artistry impacted me in the years that followed.

“This job would be great if it wasn’t for the fucking customers.” ~ Randal Graves

At this point of my life I had already spend seven years working in retail, so to say I could relate would be a huge understatement. This movie was not just my introduction to Kevin Smith and Jay and Silent Bob, and to some extent, indie movies, but it also was a movie that felt like it spoke to, and understood, what it was like to be part of my life condition. Plus, it is a writer’s movie, something I was starting to feel like myself.

“When I lived in Porpoise Spit, I used to sit in my room for hours and listen to ABBA songs. But since I’ve met you and moved to Sydney, I haven’t listened to one Abba song. That’s because my life is as good as an Abba song. It’s as good as Dancing Queen.” ~ Muriel

Both parts heartbreaking and hilarious, the thing I love most about this movie is the story it tells about best friendships. Rhonda and Muriel’s friendship is wonderful and realistic and not perfect, yet perfect, at the same time; they are each other’s family. I love stories and films about real friendships.

“People once believed that when someone dies, a crow carries their soul to the land of the dead. But sometimes, something so bad happens that a terrible sadness is carried with it and the soul can’t rest. Then sometimes, just sometimes, the crow can bring that soul back to put the wrong things right.” ~ Sarah

Visually stunning, emotionally devastating, comic book anti-hero storytelling with an amazing soundtrack are all the reasons I loved this movie when it came out. The heartbreaking and haunting story behind the scenes, with Brandon Lee’s death, shadowed over the film, too. There was hope here, tragedy, and a feeling of wanting to believe that there are heroes out there that will avenge those who cannot fight anymore (hard not to be drawn to that, especially at that time in my life).

The initial draw was Robert Downey, Jr., who I have had a crush on since the early/mid-80’s, and Marisa Tomei, who I loved in Untamed Heart the year before (a favorite movie of mine). I was also drawn to the fate aspect of the love story, a notion I did not actually believe in, but one that I enjoyed contemplating. This movie captured me in that romantic comedy love story, travelling to another country with your best friend in tow, mistaken identities, kiss at the airport kind of dreamy way which may be predictable, yes, but still a delight to watch. 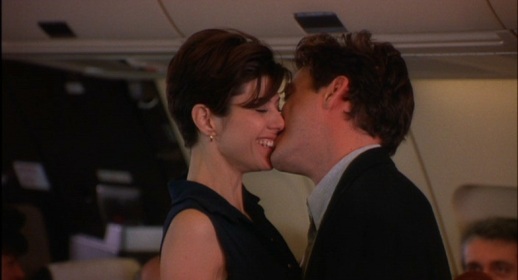 “I am not ashamed. I have known love. I have known rejection. I am not ashamed to declare my feelings; take trust for instance, or friendship. These are the important things in life. These are the things that matter, that help you on your way. If you can’t trust your friends, well, what then… What then?… Oh, yes. I believe in friends. I believe we need them. But if one day you can’t trust them any more, well, what then… What then?” ~ David Stephens

My first encounter to Danny Boyle films, and to Ewan McGregor, who I adore. This is a mind fuck of a film in the very best kind of way, with fantastic dialogue and characterization. It was, and still is, such a conversation starter of a movie; I remember going out for coffee afterwards with the friends I saw it with discussing it, and asking each other, “what would you do?”

“You should have been a lawyer, Miss March.” ~ Mr. Mayer

“I should have been a great many things, Mr. Mayer.” ~ Jo March

Jo March, one of my favorite literary characters, is portrayed so well by Winona in this that I almost love it more than Katherine Hepburn’s portrayal (maybe I do love it more, or maybe its tied, I really can never decide). There are so few times that movies live up to the books I loved first, but this one does, for me. So many great performances in this, so many characters and moments, my favorites though all involve Jo March.

“Get busy living, or get busy dying.” ~ Andy Dufresne

Definitely in the top end of the list of movies that always make me cry. The performances and characterization transcend everything in this film, even though story itself. I do not recall who I saw this with the first time, nor anything else beyond the feeling of getting lost in it, and crying my eyes out, in the darkened theater. 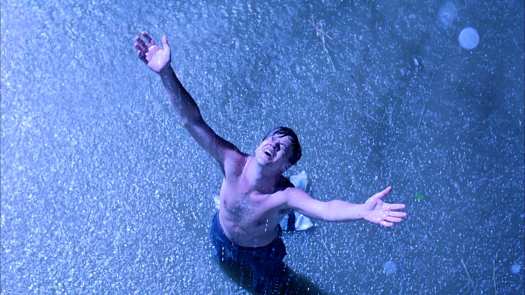 “Is life always this hard, or is it just when you’re a kid?” ~ Mathilda

I love stories about unconventional families, and Leon and Mathilda are certainly that. This story crushes my heart, but I love it regardless. The relationship that grows between Leon and Mathilda, the friendship and family they find in each other, as broken and damaged as they both are, what they find with each other is beautiful. 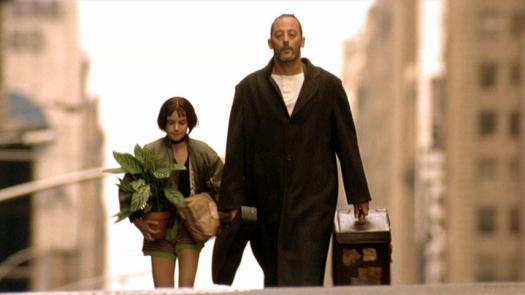 “That’s when you know you’ve found somebody special. When you can just shut the fuck up for a minute and comfortably enjoy the silence.” ~ Mia Wallace

I saw this opening night in October of 1994, mid-October, and the very next day I started putting together my Mia Wallace costumer for Halloween. I loved everything about this movie: the characters, the dialogue, the pacing, the music, the storytelling, the visuals, the cinematography, the location (stories about LA are a favorite of mine). We sat for hours and hours afterwards talking about the movie, and then turned around and saw it again later that weekend.

“I was really going to be somebody by the time I was 23.” ~ Lelaina Pierce

“I don’t know who that is anymore.” ~ Lelaina Pierce

“I do. And we all love her. I love her. She breaks my heart again and again, but I love her.” ~ Troy Dyer

I could write an essay, or maybe even a series of essays, on what this movie means to me, and what it meant to be when I first saw it. There was something in the story, in Lelaina, in her friends, and in her feelings and relationship with Troy Dyer, that felt so real and familiar and close to me that it almost hurt to watch. I’ve spent my life loving Troy Dyers and trying to find myself and my art and my place in the world, and even now when I am nowhere near 23 (or 25, when I saw this), I still connect and relate to the movie.