Quintessential Album Series :: So Tonight That I Might See (1993) :: Mazzy Star

So Tonight That I Might See was the second studio album by Mazzy Star, released on October 5, 1993. The album’s opening track, Fade Into You, was the band’s only single to make the Billboard Hot 100 chart, peaking at # 44. The song also charted at # 48 on the UK Singles Chart. Pitchfork listed Fade into You at # 19 on their Top 200 Tracks of their 1990’s list.

The album, produced primarily by David Roback, has the musical stylings of country, folk, psychedelic and classic rock all blended together and encircled in the ethereal vocals of Hope Sandoval.

Described as a California pixie, floating on a psychedelic plane (from Sputnik Music), Hope Sandoval is without a doubt the strongest instrument in her band. Her voice is dreamy and magical, setting the tone of the entire album with every note she sings.

Formed in the late ’80s, Mazzy Star was the combined effort of guitarist and songwriter, David Roback, and Sandoval, the front woman, and lyricist. In 1990, they released a debut, She Hangs Brightly, which received sparse attention. It wasn’t until Fade Into You hit the charts on the sophomore album, So Tonight That I Might See, that anyone started to take notice. 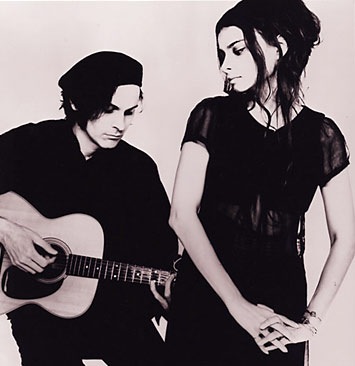 My first encounter with So Tonight That I Might See happened in 1993. I lived with my first husband and our baby daughter in an upstairs apartment in a building built in the 20’s. We lived walking distance to a coffee house where we spent many of our evenings at, and where my then husband worked for a spell. We were young, too young really to be a family, but we were giving it our best shot. We were living what we saw as a bohemian lifestyle and we spent our time with others who saw life the same; artists, musicians, writers, dreamers. This album seemed to get played after closing every night in that cafe, and it started to seep into my subconscious. I ended up grabbing a copy for myself, and the dreamy lull of Hope’s voice, and the dark mystery of the music, fit right into who I saw myself as, at the time.

A few (or more) years later, as the mid-90’s began to fade into the almost end this album made another memorable re-appearance in my life. I was divorced now and my life had gone a bit topsy-turvy in the aftermath. Our daughter was growing up, and I was struggling to do the same, spending my days at my record store job, falling in and out of relationships that seemed doomed from the start, and fighting to figure out what I wanted to do with my life. I had traded in one set of “bohemians” for another, this new set more grounded in music, and the accompanying addictions that usually are part of the package. It was in the midst of this that I took a trip that was meant to be one thing, but became another.

I met a fellow dreamer underneath a city of neon, and we listened to this album together, on repeat. He was the one and only time that I believed in love at first sight, or at least at first conversation. Without a doubt, I fell in love with him the night we met. We were the exception. We were the opposite of doomed from the start. All that hope and optimism and promise, though, scared me to death, and I ran as fast as I could. He was my only love regret in my life, and this album reminds me so much of him that at times it hurts to hear, but I keep hitting play, again and again. I guess we all have those ones in our lives, and the albums that bring them all back to our surfaces.

Do you have any memories of this album? 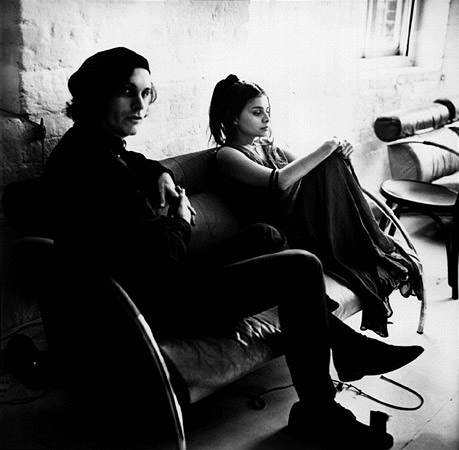 He told me his history with eyes wide open, tears dangling from his long eyelashes threatening to fall, and I sat there, in awe, that he would spill out these stories so freely to me. I did the same, letting them pour out of me, some for the first time to ever leave my lips. I felt like I could fall into him and trust him to catch me, me, the girl who never trusted anyone.

“This is my five string serenade,
beneath the water it played,
and while I’m playing for you,
it could be raining there too.”

We sat by the water and shared a piece of midnight with each other. I always pictured you by water after that, oceans and rivers and rain. Your blue eyes, too, clear and full of mystery, like some island ocean far away, they reminded me of water, and music.

“Still falling,
breathless and on again.”

Unexpectedly I saw you again. What are the chances, I thought, as I stared at you from across the crowd. You smiled at me while we awkwardly spoke, but the hurt was lit up like flames in your eyes; even still, I felt myself falling into the fire.

“There’s a world under it,
I think I see it,
sailing away.”

The casino lights lit up the night sky, one of them shooting straight on up into space, all of it, so bright that it could almost be mistaken for the day. You said we could drive less than an hour out and walk underneath a blanket of stars, that their light, and the blue from the dashboard, would be all that we could see. I said, “let’s go”, and once there you took my hand, and we danced under the twinkling wish-granting sky.

“She said she’s thinkin’ of goin’ away,
but she’s just like lightning,
she goes right through you.”

The plane took off and I watched your shadow disappear. I doubled my own shadow, grey and heavy, wrapping it around me like a blanket, holding in all my hopes and dreams so that they could not be seen. I took off with a heart full of intentions, but somewhere in that cloudless sky I panicked, and ran the other way instead.

3 Replies to “Quintessential Albums :: Mazzy Star :: So Tonight That I Might See”