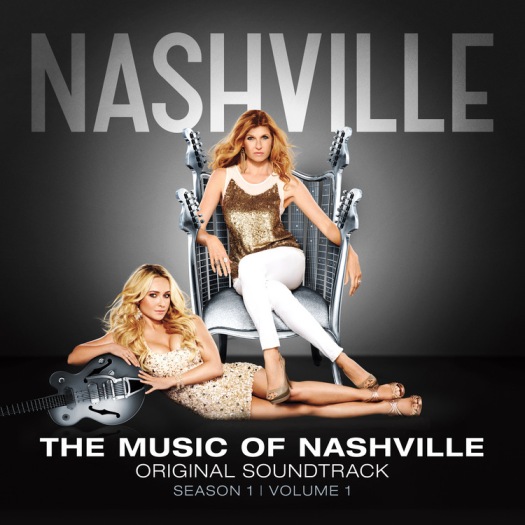 The Music of Nashville: The Original Soundtrack, Season 1, Volume 1

By far, my favorite new television series this season has been the music-centric drama, Nashville, which broadcasts on ABC. The show is filled with drama and intrigue, set against the music industry and politics of Nashville, Tennessee. Music is more than just a soundtrack to this television series; it is an integral part of the plotting, the writing, the setting, and the characters. The music is part of the main characters’ profession, part of their personality, part of their motivations and part of their DNA; music is part of what builds the characters up, tears them down, and leads them to fall in and out of love.  The music is everything, and that everything is amazing.

The series has been full of songs that are unforgettable and grab hold of you, keeping you captivated long past the end of an episode, and I have been seeking various songs out after each episode, listening to them, sometimes on repeat, and inserting quite a few into my “play the most” playlists.

One of the things I find unique and wonderful about the music used on the show is that most of the songs have been written by songwriters and musicians who are living out similar struggles as the characters on the show. Also, the majority of these songs are not just cover versions of well-known “hits” as other musically driven shows tend to do (Glee, Wedding Band, Smash, etc.), but are made up of mostly new songs that few have heard before this show. A big part of my excitement and anticipation each week is waiting to hear what songs will play next, full of the expectation that I will have more new favorites to seek out, listen to, and sing-a-long to.

That said, I am thrilled to see the release of Volume 1 of the soundtrack and am especially excited for the following songs which have been my favorites on the show. Press play and give them a listen, I think you will get excited about them, too:

Undermine :: Hayden Panettiere and Charles Esten
(my favorite from the show)

If I Didn’t Know Better :: Sam Palladio and Clare Bowen

No One Will Ever Love You :: Connie Britton and Charles Eston